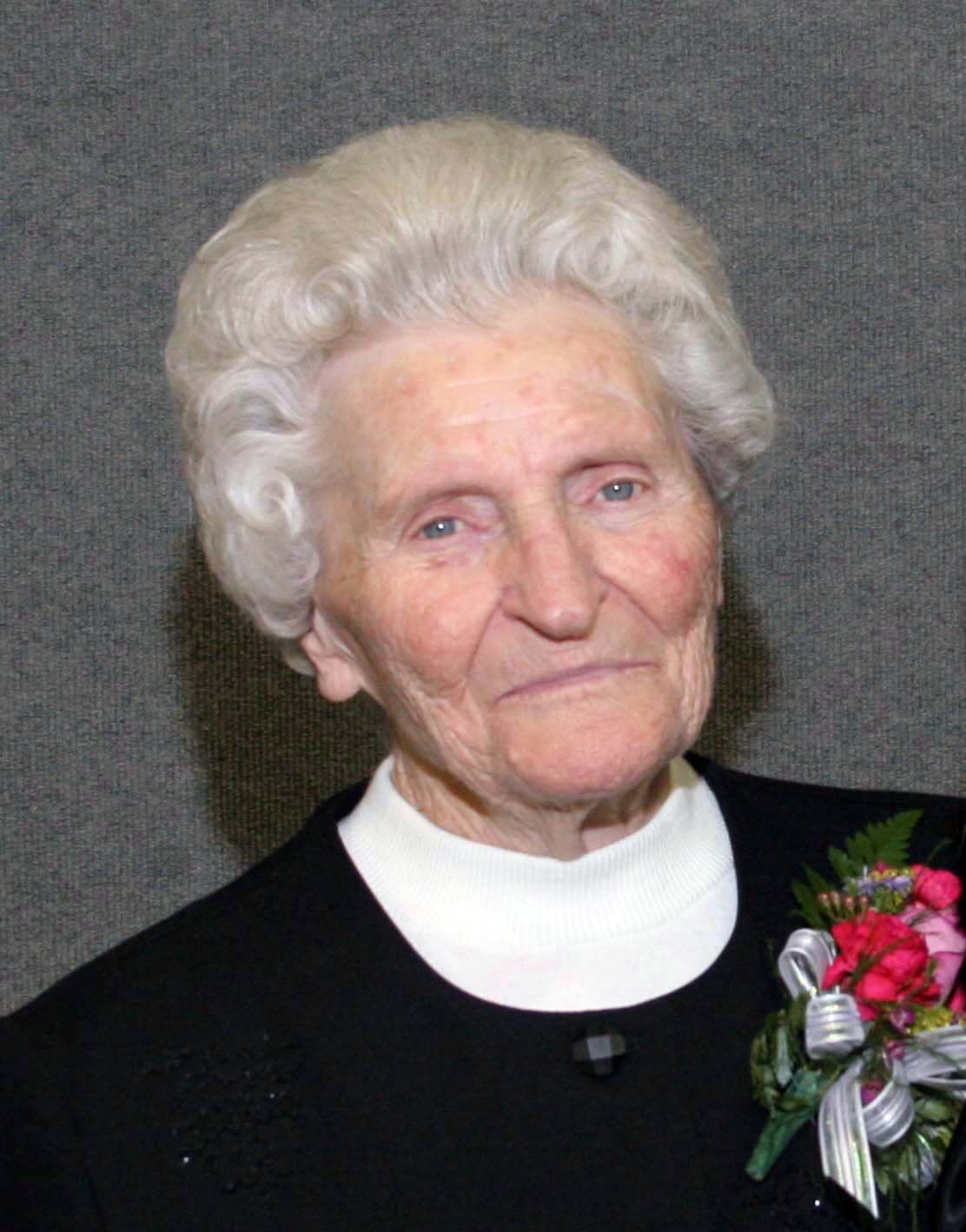 Almira Alice Clayton, 97, of Fort Scott, died at her home Wednesday evening, March 16, 2016.  Alice was born February 8, 1919 in Parker, Kansas the daughter of James Floyd and Helen Sarina (Bottrell) Troutman. She married Curtis Ray Clayton February 1, 1946 in Pleasanton, Kansas and he preceded her in death November 16, 1985.

Alice graduated from Parker High School in 1936She taught school in Mapleton and Goodrich, Kansas and taught math at Pratt-Whitney training school in Kansas City, Kansas. After moving to Fort Scott she worked for Bourbon County Register of Deeds and later for the Western Insurance Company, retiring in June of 1984.

Alice loved music and played many instruments. She was a wonderful role model and lived her life doing for others. She attended Community Christian Church. She was a Fort Scott High School sports fan with a love for boys basketball.