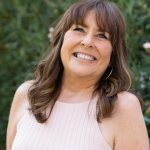 Arrangements are incomplete and will be announced later.

Alpha Louise Culbertson, 59, of Fort Scott, passed away Wednesday evening, June 17, 2020, at her daughter’s home in Wichita, Kansas.  She was born December 31, 1960, in Nevada, Missouri, the daughter of Bennie Curtis and Nettie Ruth (Turner) Culbertson.  She married Jonathan Money August 30, 2013.

Alpha attended Fort Scott schools and graduated from Fort Scott High School with the Class of 1979.  She was not only an incredible mother and friend, she was also a very gifted artist. Alpha worked for the City of Fort Scott as a Codes Enforcement Officer. Her caring nature, positivity, and smile were always contagious by those around.

She is survived by daughter, Danielle Cooper of Wichita, Kansas, and sister, Sheila Fox of Arma, Kansas.  She was preceded in death by her parents and daughter, Jessica Arens.

Funeral arrangements for Alpha L. Culbertson are incomplete and will be announced later by the Konantz-Cheney Funeral Home.  Memorials may be made to the American Cancer Society’s Hope Lodge and may be sent to, or left in the care of, the Konantz-Cheney Funeral Home, 15 W. Wall St., P.O. Box 309, Fort Scott, Kansas   66701.  Condolences may be submitted to the online guestbook at konantz-cheney.com.