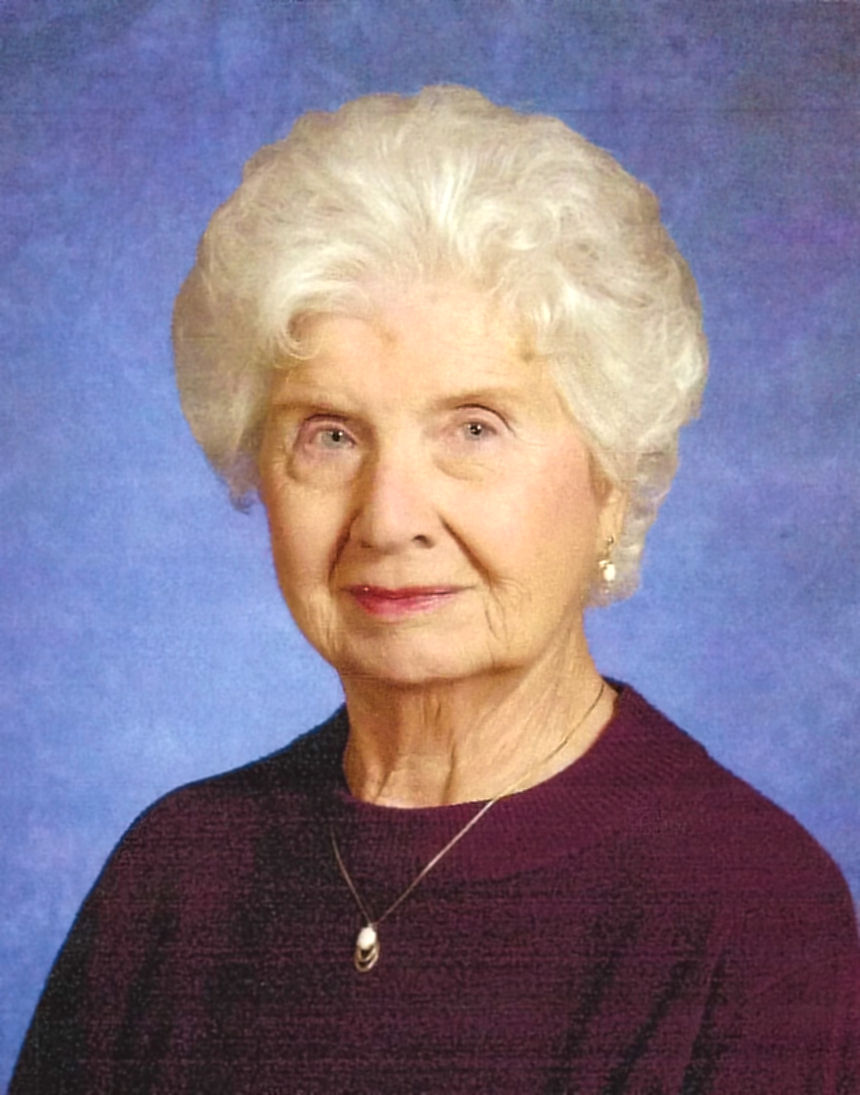 Betty Lee Key Golladay Milburn, 91, formerly of Fort Scott, Walked on to the greens in heaven on November 2, 2015 at the Olathe Hospice House in Olathe, KS after a year-long battle with cancer. Betty Lee Key was born October 24, 1924 in Fort Scott, KS to Frank Lewis and Daisy Lee (Phillips) Key. She spent most of her life in Fort Scott. On February 21, 1942, she married Charles Clayton Golladay in Fort Scott. To this union, were born two children, Mara Sue Golladay and Chuck Golladay. Charles and Betty were married for 42 years until his death in 1984. In 1986, Betty married Jack Milburn of Wichita, KS. They were married for 16 years until Jack’s death in 2002.

Betty served as the head cook at Eugene Ware Elementary School in Fort Scott from 1950 to 1985 when she officially retired. During those years she was very active in the KS Hot Lunch Associations working to provide better school lunches to the school children of Fort Scott. After retirement she was an active golfer, traveled the country with Jack and enjoyed her grandchildren.

Betty served in many positions and boards as a member of the First Church of God in Fort Scott. She was on the cradle roll of the church dating back to the 1920’s.

In July 2010, Betty moved to the Wea Creek Apartments in Louisburg. There she was an active resident in their social activities. She and other residents played dominos, shared special meals and other activities. On Sunday she attended the Louisburg First Baptist Church with her son’s family.

Betty is survived by her daughter Mara Sue Peterson (Lavern) of Wadena, MN and son Chuck Golladay (Suellen) of Louisburg, KS. Grandsons Matt Golladay (Stacey) of Louisburg, KS, Paul Golladay (Cheryl) of KCMO, and Keith Markley (Nichelle) of Littleton, CO. One granddaughter Sarah Ellen Golladay-Simmons (Jason) of KCKS. Great grandchildren Christian and Eva Golladay of Louisburg and baby Simmons in May 2016. She was preceded in death by her parents, one sister Mildred McCullogh, four brothers Lewis, Ralph, Harlan, and Clifford Key as well as her two husbands Charles Golladay and Jack Milburn.

Pastor Phil Wilson will conduct funeral services at 11:00 a.m. Thursday, November 5, 2015 at the Konantz-Cheney Funeral Home with burial following at Memory Gardens of Bourbon County Cemetery. The family will receive friends prior to the services from 10:00 a.m. until service time. Memorial contributions may be made to the Olathe Hospice House or the First Church of God of Fort Scott and left in the care of the Konantz-Cheney Funeral Home, 15 W. Wall Street, PO Box 309, Fort Scott, KS, 66701. A Celebration of Life will be held at 2:00 p.m. on Saturday afternoon, November 14, 2015 at the First Baptist Church of Louisburg, Kansas.