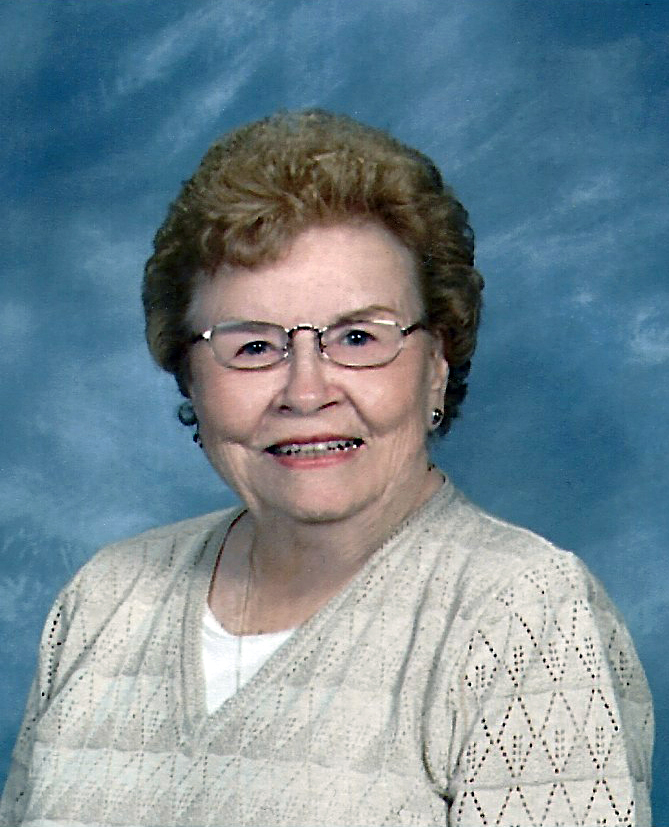 Betty moved to Fort Scott with her family when she was 14 years old.  She graduated from Fort Scott High School with the class of 1944. She worked briefly for Key Industries before marrying Ralph who was a dairy farmer. Ralph entered the US Army during WW II and Betty worked as a secretary on base until he was sent overseas.  After his discharge in 1946, they returned to the family farm and began raising their family. Betty was a homemaker, a job she loved. Much later in life she worked for B&B Goals, a company owned by her sister Barbara and her husband Bob Eshelbrenner; another job she loved as shop foreman.

Betty was a life-long Presbyterian and was one of the oldest members of First Presbyterian Church in Fort Scott.  She and Ralph were married there, raised their children in the church and she was a very active member serving as a Sunday school teacher, Elder, member and moderator for Presbyterian Women and numerous church committees. Betty also served her community on the FHA board, the Center School Board, and volunteered at the Beacon. She was also a 4-H leader, Democrat Committee Member, a Red Hat Lady and she was co-chair for her graduating class for the all-school reunions.  Betty loved crossword puzzles, Sudoku, playing cards with friends, bowling, romance novels and watching her “boys,” the Royals play.  She was an avid FSHS Tiger, Uniontown Eagle and FSCC Greyhound fan. As parents, Ralph and Betty were most proud of sending their children through college.  Betty was a loving and devoted wife, mother, and grandmother.

Rev. Dr. Jared Witt will conduct funeral services 11:00 a.m. Thursday, July 27, 2017, at the First Presbyterian Church with burial following at the Fort Scott National Cemetery under the direction of the Konantz-Cheney Funeral Home. The family will receive friends Wednesday evening July 26, 2017, from 5:00 p.m. until 7:00 p.m. at the funeral home. Memorial contributions may be made to either the First Presbyterian Church, or Mercy Hospice, and left in the care of the Konantz-Cheney Funeral Home, 15 W. Wall Street, PO Box 309, Fort Scott, KS 66701. Condolences may be submitted to the online guestbook at konantz-cheney.com.