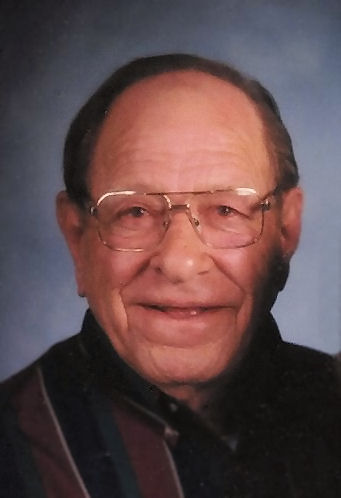 Bill served in the United States Navy until 1950 and then he became owner and operator of Majors Oil Company, a gas station at the corner of Wall and Caldwell Streets, for 40 years, retiring in 1990.  He was a member of the First United Methodist Church, and graduated from Fort Scott High School.

In addition to his wife Margie, he is survived by a son, Bruce Majors and his wife Carol of Fort Scott; a daughter, Cindy Hiatt and her husband Randy of Joplin, Missouri; a sister, Peggy Carlton of Sapulpa, Oklahoma; three grandsons, Trevor Majors, Travis Majors and Brian Hiatt; three great grandsons, Luke, Gavin and Tayton Majors, and three great granddaughters, Ally, Lindsay and Gabbi Majors.

Rev. Steve Cole will conduct funeral services at 2:00 p.m., Tuesday, May 10, 2016 at the Konantz-Cheney Funeral Home. Burial will follow in the Evergreen Cemetery with Military Honors provided by the Olson-Frary-Burkhart Post 1165 V.F.W.  Memorials may be made the Care to Share (The Sharing Bucket) and may be sent to or left in the care of the Konantz-Cheney Funeral Home, 15 W. Wall Street, PO Box 309, Fort Scott, KS 66701. Condolences may be submitted to the online guestbook at konantz-cheney.com.