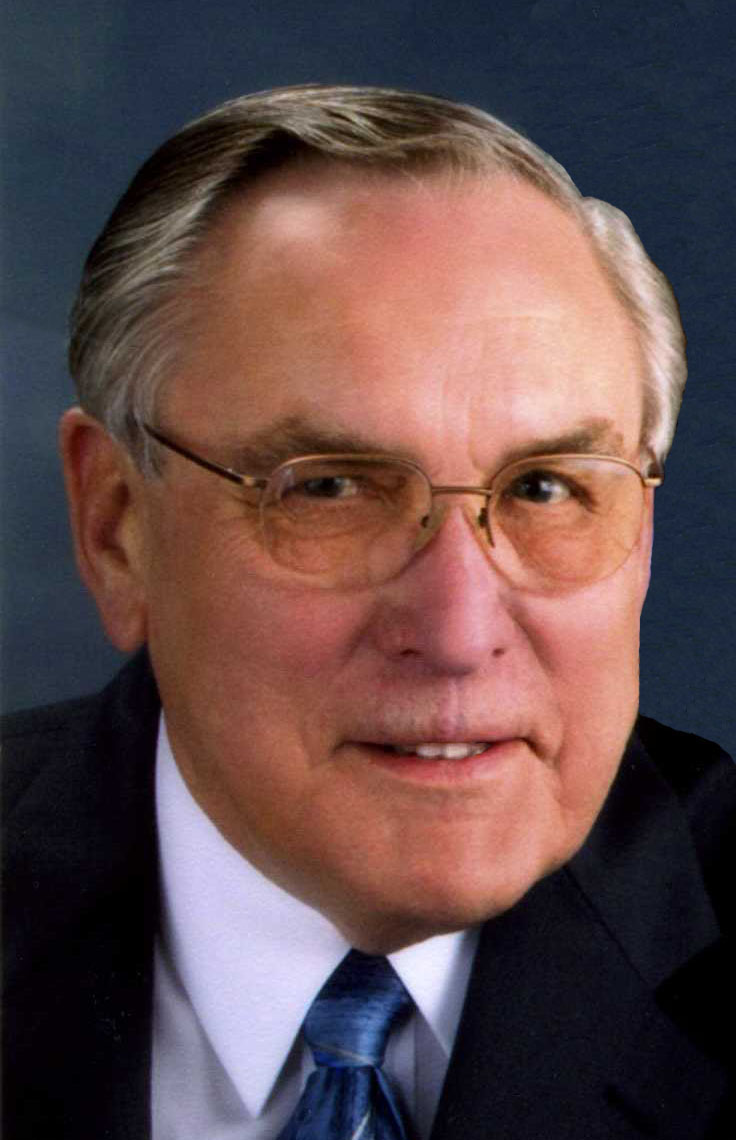 Bob graduated from FSHS with the Class of 1942. He attended Fort Scott Community College from 1942-1943 before entering the US Army Air Force. Bob served his country In WWII as an Aerial Navigator in the 8th Air Forces, stationed in Sudbury, England. On April 8, 1945 his plane was shot down during a mission over Hof, Germany. He was taken prisoner and held in Stalag VII-A, Moosberg, Germany until the end of the war. After discharge from the US Army Air Force in 1945, he attended the University of Kansas. He was a member of the Delta Tau Delta Fraternity and the Beta Gamma Sigma, Business School Honors Fraternity. After graduation in 1947 he worked as an Accountant for Spencer Chemical Company in Pittsburg, KS. In 1949 he returned to Fort Scott to join his father and later his brother, Don in business as a partner in the Crain Realty Company and Crain Insurance Agency. Bob served as a director on the board of Citizens National Bank from 1991 to 2009, a director on the board of Kansas Gas & Electric Company from 1981 to 1996 and a charter member, board member and past president of the Fort Scott Industries, Inc. from 1959 to 1982.

The Rev. Robert Crain, assisted by the Rev. Jared Witt, will conduct memorial services for Bob at 11:00 a.m. Friday, June 19, 2015 at the First Presbyterian Church under the direction of the Konantz-Cheney Funeral Home. The family will receive friends at the church beginning at 10:00 a.m. prior to services. Committal services will follow at 12:30 p.m. at the Fort Scott National Cemetery with Military Honors conducted at the cemetery by the Olson-Frary-Burkhart Post No. 1165 Veterans of Foreign Wars Memorial Detail. Family and friends will meet at First Presbyterian Church for a luncheon following interment. Memorial contributions may be made to the First Presbyterian Church, The Beacon, or to a charity of the donor’s choice and may be left in the care of the Konantz-Cheney Funeral Home, 15 W. Wall St., P.O. Box 309, Fort Scott, Kansas, 66701.