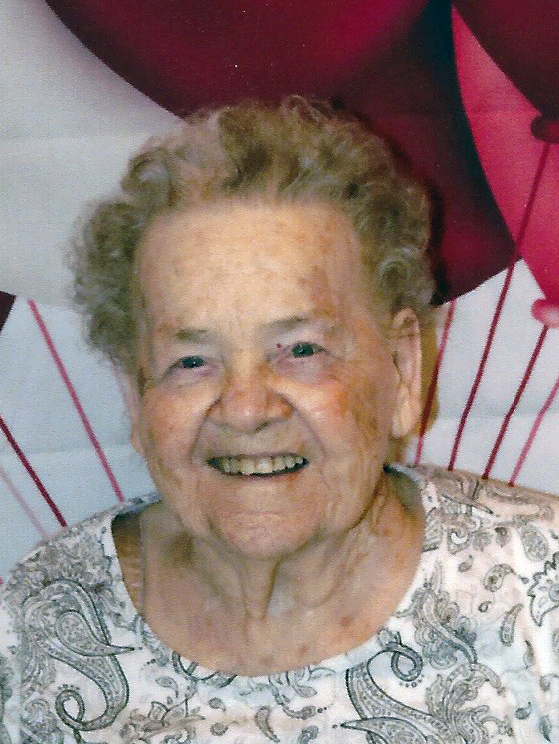 Carolyn Lucille Beltz, 92, of Fort Scott, died Sunday evening, July 16, 2017 at the Guest Home Estates.  She was born March 8, 1925, in Fairmount Station, Missouri, the daughter of William Everett and Winnie Francis (Dickinson) Sagaser. She was a graduate of Southeast High School. She married Ormonde R.F. Beltz August 29, 1943, in Kansas City, Missouri, and he preceded her in death October 25, 2014.

Carolyn and Ormonde moved to the farm north of Fort Scott in 1952 where they lived for many years. Carolyn also worked as a clerk for The Western Insurance Company for several years. She was a member of Trinity Lutheran Church.

Survivors include her children, Ronald G. Beltz and wife Linda, Cynthia C. Cooley, Mark B. Beltz and wife Sharon, all of Fort Scott, and Elisa A. McKay and husband John, of Mission HIlls, Kansas; nine grandchildren, ten great-grandchildren, and one great-great grandson. In addition to her husband Ormonde, she was preceded in death by her parents, a brother, Lawrence Everett Sagaser, and a granddaughter, Sarah Carol Lynn Cooley.

Vicar Michael Apfel will conduct funeral services at 12:30 p.m., Friday, July 21, 2017, at the Trinity Lutheran Church with burial following in the Fort Scott National Cemetery under the direction of the Konantz-Cheney Funeral Home. The family will receive friends at the funeral home Thursday evening, July 20, 2017, from 6:00 p.m. until 7:00 p.m. Memorial contributions may be made to the Trinity Lutheran Church and left in the care of the Konantz-Cheney Funeral Home, 15 W. Wall Street, PO Box 309, Fort Scott, KS 66701. Condolences may be submitted to the online guestbook at konantz-cheney.com.