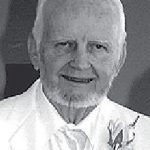 Charles (Chuck) David Hennessy, passed away peacefully in his sleep, on August 2, 2019.  He was born on May 20, 1939, in Kansas City, Kansas to Gertrude (Shannon) and John Hennessy. Chuck was preceded in death by his parents and his beloved brother, John.

He served in the United States Marine Corps in the Philippines, earning the rank of E4.  He was also very active in the Boy Scouts of America for many years, starting two Boy Scout troops in the Colorado Springs area.  Chuck volunteered with the El Paso County Search and Rescue and enjoyed mountain climbing, including many of the Colorado “14ers” and the twenty-thousand-foot peak of Mt Chimborazo in Ecuador.  He was an avid hiker with the Colorado Mountain Club and the American Volkssport Association. Chuck retired from the US Post Office after 30 years of carrying mail.

In lieu of flowers, donations may be sent to Abode Hospice of Colorado Springs at 5465 Mark Dabling Blvd, Floor 1, 80918.