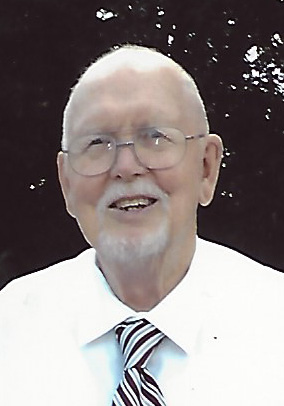 Memorial services will be held at a later date.

Claude W. Norris, 86, of Fort Scott, died at his home, Sunday morning, April 30, 2017.  He was born August 19, 1930 in Drexel, Missouri, the son of William Lafayette and Nina Malinda (Lowder) Norris. He married Phyllis Lea Austin September 24, 1950 in Cherryvale, Kansas, and she survives of the home.

Claude served in the US Navy from 1951 to 1955 during the Korean War. He was a member of the Church of Christ, the Xenia Lodge #47, and was Grandmaster of Kansas Masons in 1988. He was also a Past Member of Fort Scott City Commission and served two terms as Mayor of Fort Scott.

Claude was cremated per his wishes. Memorial services will be held at a later date under the direction of the Konantz-Cheney Funeral Home. The family encourages friends to sign Claude’s book at the funeral home. Condolences may also be submitted to the online guestbook at konantz-cheney.com.