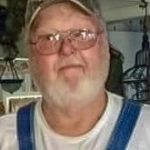 Elvin “Dale” Wiley, 78, of Fort Scott, passed away Tuesday, August 23, 2022, at Freeman Hospital in Joplin, Missouri. He was born January 4, 1944, in Fort Scott, Kansas, the son of Fred Funston and Opal Virginia (Duncan) Wiley. He married Annetta Marie Harth on May 12, 1962, in Fort Scott. They were married for sixty years, and Marie survives of the home.

Dale served in the U.S. Navy from 1962 until 1966 on the aircraft carrier U.S.S. Kittyhawk. He was a Firefighter for Fort Scott Fire Department for twenty-three and half years from 1967 until 1992. He was a carpenter for over forty years, working with his brother Lloyd on his days off from the fire department. Later he began repairing sewing machines for Helen’s Fabric. He was also a machinist, and loved to build and make things. He particularly loved a good challenge.

In addition to his wife Marie, Dale is survived by his two sons, Bryan Wiley and wife Kimberly, of Independence, Missouri, and Bradley Wiley and wife Robin, of Fort Scott, Kansas; a brother, Lloyd Wiley, of Fort Scott; six grandchildren, Jessara Bowenshulte, and husband Tyler, Cullan Wiley, Breck Wiley, Whitley Willy, Chelsea Zandler, Daryn Wiley and fiancé Collin Grayum; one great-grandson, Bennett Bowenshulte, and one more great-grandchild on the way. Also surviving are numerous nieces and nephews. He was preceded in death by his parents; a sister, Dorothy Hoffman; two brothers, Larry Wiley, and Don Wiley; and an infant sister Netti.

Following cremation, Pastor Paul Rooks will conduct funeral services 2:00 p.m. Saturday, September 3, 2022, at the Konantz-Cheney Funeral Home. Burial will take place at the Fort Scott National Cemetery at a later date. The family will receive friends Friday evening September 2, 2022, from 6-7:00 p.m. Memorial contributions may be made to Care to Share.  and may be left in the care of the Konantz-Cheney Funeral Home, 15 W. Wall Street, P.O. Box 309, Fort Scott, Kansas, 66701. Condolences may be submitted to the online guestbook at konantz-cheney.com.