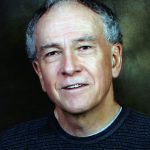 Daryl Keith Swanwick was born in Columbus, Kansas on August 23, 1946 to Francis Darrell “Sonny” Swanwick and Alma Arlene McCorkle Swanwick of rural Oswego, Kansas.  He attended Sunny View Elementary School, which was a one room schoolhouse in his 1st grade year, then replaced by a modern two room school from his second through eighth grades.  There were five students in his eighth-grade graduation class, four boys and one girl.  Daryl sang The Marines Hymn at his graduation.

He graduated from Labette County Community High School in 1964, attended Kansas State University one year, then graduated from Kansas State College of Pittsburg (now Pittsburg State University) in May 1969 with a Bachelor of Science degree in Biology.  Daryl and Nancy Kathleen Austin had been married on January 25, 1969 at the First United Methodist Church in Parsons, Kansas.  He was drafted and inducted into the Army in July 1969.  He was chosen to be an Image Interpreter with a Top-Secret Security clearance, doing his AIT at Fort Holabird in Baltimore, Maryland.  Orders for Viet Nam were changed as his brother was already serving there, so he spent a year in Khorat, Thailand.  When he returned home, he enrolled in chemistry courses at Pitt State while Nancy finished her degree, then did a year’s training at Cox Medical Center in Springfield, Missouri to become a Registered Medical Technologist.  Daryl and Nancy moved to Fort Scott, Kansas in December 1973 where he worked in the laboratory at Newman-Young Clinic for eight years, then the rest of his career at Mercy Hospital in Fort Scott, retiring on Dec. 18, 2008.

At his retirement, Daryl took up distance running.  He trained for, entered, and placed in his age division in many half marathons beginning in 2009, and he has the medals and trophies to prove it.  He also traveled all over the United States, Canada, Italy, France, England and Ireland with his wife and attended more quilting events than he ever planned to, always a good sport and supportive husband.

As a young father, Daryl was a “room dad” at Winfield Scott school, a soccer coach, T ball and Little League coach, 2nd and 3rd grade Sunday School teacher, a member of the Marching Dragoons and volunteer through the Fort Scott National Park Site, co-chair of the Fort Scott High School Booster Club, and became a very knowledgeable father/coach of two place kickers for the FSHS football team.  Baptized in the sanctuary of the First United Methodist Church by Rev. Jerry Tubach in 1988 with his wife and sons as witnesses, he has been a very devoted and faithful member of the church.  He has served on boards and since retirement has been the paint specialist on the Wednesday Morning Men work crew.

A retroperitoneal sarcoma, diagnosed October 1, 2018, took Daryl’s life.  He was stoic and strong through the ordeal and those of us who mourn him take comfort that his faith was strong, and his pain was relatively short.  He was a kind and gentle man who will be forever loved and missed. He is survived by his wife, Nancy Austin Swanwick of Fort Scott; his sons and families, Matthew Austin Swanwick, wife Carissa, children Tatum and Elliott of Lenexa, KS; and Daniel Levi Swanwick, wife Catherine, and children Benjamin and Anna of Warrenton, Virginia; his father, F.D. Swanwick of Oswego; his brothers, Roger Swanwick of Wann, Oklahoma and Duane Swanwick and wife Traci of Alma, Kansas, his in-laws Virginia Austin Constance of Lawrence, Dennis Constance of Lawrence, T. J. and Sharon Austin of Oklahoma City, Oklahoma, and several nieces, nephews, aunts and cousins. He was preceded in death by his mother, Alma Swanwick of Oswego, his parents-in-law, Kirk and Barbara Austin of Parsons, his sister-in-law, Carolyn Austin Brigman and her daughter, Laura Ann Brigman, of Mukilteo, Washington.

Daryl’s service will be 11:00 a.m. Thursday, December 27, 2018, at the First United Methodist Church under the direction of the Konantz-Cheney Funeral Home.  Visitation will be at 10:00 a.m. until service the at 11 a.m. Burial will take place in the Oswego Cemetery, in the family plot purchased by Daryl’s great-great-grandfather, Lt. Col. Francis Swanwick, who served in the Black Hawk War and led the 22nd Illinois Infantry in the Civil War before moving to Kansas. Memorial contributions may be made to the First United Methodist Church of Fort Scott or to Mercy Hospice, soon to be Integrity Hospice. They were truly a Godsend to Daryl and his family. Contributions may be left in the care of the Konantz-Cheney Funeral Home, 15 W. Wall Street, PO Box 309, Fort Scott, KS 66701. Condolences may be submitted to the online guestbook at konantz-cheney.com.