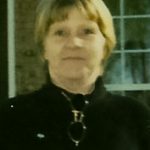 Deborah Lynn Silbaugh, 57, of Buffalo, Kansas, and formerly of Fort Scott, passed away Monday, June 21, 2021, at Yates Center Health and Rehab. She was born June 22, 1963, in Chicago, Illinois. She was a Nursing Aide, working primarily in nursing homes.

Deborah is survived by her husband, David Scott McIntosh of the home; her son Timothy Kester, of Rockford, Illinois; three brothers, Randy Silbaugh, of DeKalb, Illinois, Duane Silbaugh, of Flint, Michigan, and Jerry Silbaugh, of New York, New York; an aunt, Bonnie Tyler of Iowa. She was preceded in death by her mother, Pearl May Tyler.

Following cremation, private family services will be held at a later date with interment in the Maple Grove Cemetery under the direction of the Konantz-Cheney Funeral Home. Condolences may be submitted to the online guestbook at konantz-cheney.com.