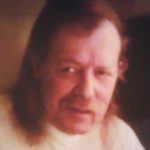 Edward Everett Sprague, Sr., 70, of Erie, Kansas, passed away Thursday, November 26, 2020, at the Via Christi Medical Center in Pittsburg, Kansas. He was born July 20, 1950, in Albuquerque, New Mexico, the son of Elgie Olen and Wilma Christine (Gardner) Sprague. He married Kathy Lynn Petty April 4, 1976, in Cherryville, Kansas, and she preceded him in death April 3, 2011.

Edward served in the US Army from April of 1968 until August of 1970. He worked for many years as a welder and auto mechanic.

Following cremation, private (family only) graveside services will be held at the Fort Scott National Cemetery, under the direction of the Konantz-Cheney Funeral Home. Condolences may be submitted to the online guestbook at konantz-cheney.com.