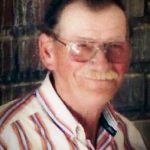 Galen Charles Bigelow, Sr., 77, of Fort Scott, passed away Thursday evening, October 8, 2020. He was born November 8, 1942, in Hiattville, Kansas, the son of Charles William and Luella Elizabeth (Wescoatt) Bigelow. He married Marita Lynne Barr June 7, 1960, in Fort Scott, Kansas, and she survives of the home.

Galen graduated from Fort Scott High School with the class of 1960, and he served in the US Army National Guard from 1960 until September of 1992. He retired from Gene’s IGA/Heartland after seven years in 2005 where he was Manager over Fresh Produce and Dairy. Before that Galen worked at Dayco in Fort Scott. His earlier career included Frito Lay, Inc. District Manager for Western Kansas, Schwann’s Route Salesman for Mt. Vernon, Missouri area, and he owned and operated Bigelow’s Dairy Spot Restaurant in Moran, Kansas. Galen was a member of the Calvary Baptist Church and also attended First Baptist Church and Bethel Community Church.

Rev. Ben Heffernan will conduct graveside services at 2:00 p.m. Tuesday, October 13, 2020, at the Evergreen Cemetery in Fort Scott under the direction of the Konantz-Cheney Funeral Home. Memorial contributions may be made to the National Kidney Foundation and may be left in the care of the Konantz-Cheney Funeral Home, 15 W. Wall St., P.O. Box 309, Fort Scott, KS 66701. Condolences may be submitted to the online guestbook at konantz-cheney.com.