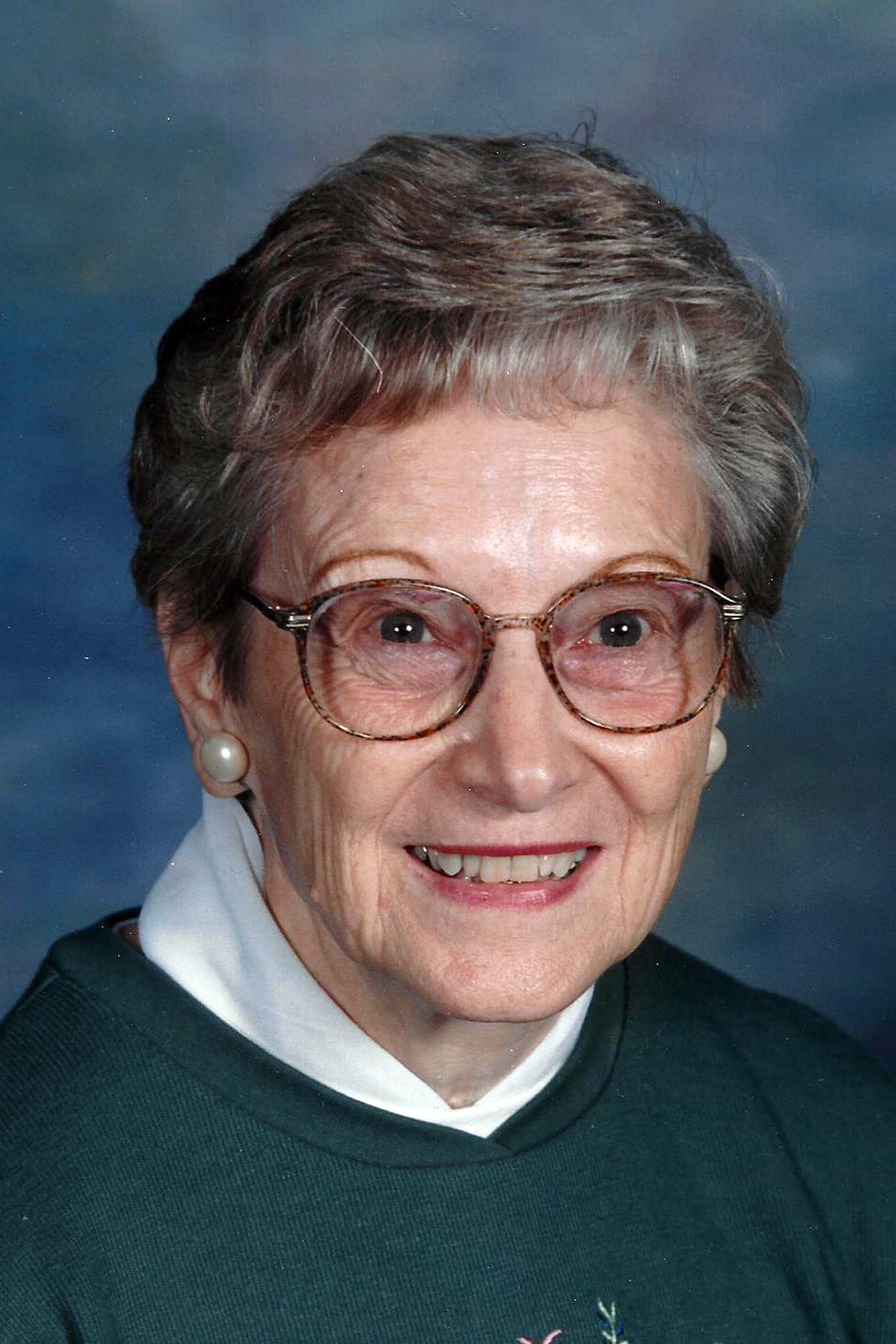 Rev. Kevin Moyers will conduct funeral services 10:00 a.m. Saturday, September 17, 2016, at the Community Christian Church under the direction of the Konantz-Cheney Funeral Home. Burial will follow in the Deerfield Cemetery in Deerfield, Missouri.

After a long illness, Hazel June Hicks Gordon, 86, formerly of Fort Scott, and a resident of Heritage Health Care in Chanute, Kansas, was reunited with her loved ones in heaven on Tuesday evening, September 13, 2016.

Hazel June Hicks was born November 9, 1929, in a primitive log cabin on the prairies of Wyoming where her mother, Ruth Belle Crites Hicks, and father, Oscar Allen Hicks, had homesteaded after her father returned from fighting in World War I.  There were two older sisters in the family:  Eunice, seven years older, and Lois, five years older.  Two years later, a brother joined the family:  Oscar Allen Hicks, Jr. (Bud), and ten years later, another brother, Claud.

It was very important to June’s father that his children get a good education and graduate from high school.  While living in Wyoming, June, her mother, and brothers and sisters all moved to a “not so nearby” town (Newcastle) every school year so the children could attend school.  Her father continued ranching on the homestead.  While June loved school, she certainly did not love being separated from her daddy.  During her childhood, the family moved several times.  In 1947, June graduated from Knox High School in Knox, Indiana, and received a scholarship to attend the University of Indiana, though she chose to remain with her family who not long after her graduation from high school moved to Missouri.  All of her immediate family from her childhood home have gone ahead to heaven, her brother “Bud” having given his life in the Korean War in July of 1953.

In the spring of 1949, June met John Mark Gordon in the old “Ashbaugh Store” in Moundville, Missouri.  They were married in Bronaugh, Missouri on April 2, 1950.  After living in Springfield where Mark attended butcher school, the couple moved back to Moundville, and Mark worked at the Safeway Grocery Store in Nevada, Missouri.  During this time, their first daughter, Janice, was born.  18 months later, a second daughter, Diana, arrived.  By then, the family lived in Ft. Scott, Kansas, where Mark and June raised their girls and lived for many years.  June was not only a homemaker, but held several different jobs outside the home.  What she enjoyed most, however, were writing and gardening, and, in later years, reading.  June was a member of Community Christian Church in Ft. Scott, Kansas.  Mark preceded his wife in death on November 15, 1980.

Surviving June are two daughters and a son-in-law:  Janice Gordon, Chanute, KS, and Diana Gordon Niemeir and husband, Doug, Ft. Scott, KS;  two granddaughters who were a light in her life and a source of great joy to her, Kristin Niemeir, Oak Point, TX, and Kara Niemeir, Iola, KS.   Also surviving are two sisters-in-law, Glenna Gordon and Ruth Gordon, both of Moundville, MO, and many well-loved nieces and nephews.

Rev. Kevin Moyers will conduct funeral services 10:00 a.m. Saturday, September 17, 2016, at the Community Christian Church under the direction of the Konantz-Cheney Funeral Home. Burial will follow in the Deerfield Cemetery in Deerfield, Missouri. Memorial contributions may be made to the Community Christian Church or the Wounded Warriors and left in the care of the Konantz-Cheney Funeral Home, 15 W. Wall Street, PO Box 309, Fort Scott, KS 66701. Condolences may be submitted to the online guestbook at konantz-cheney.com.