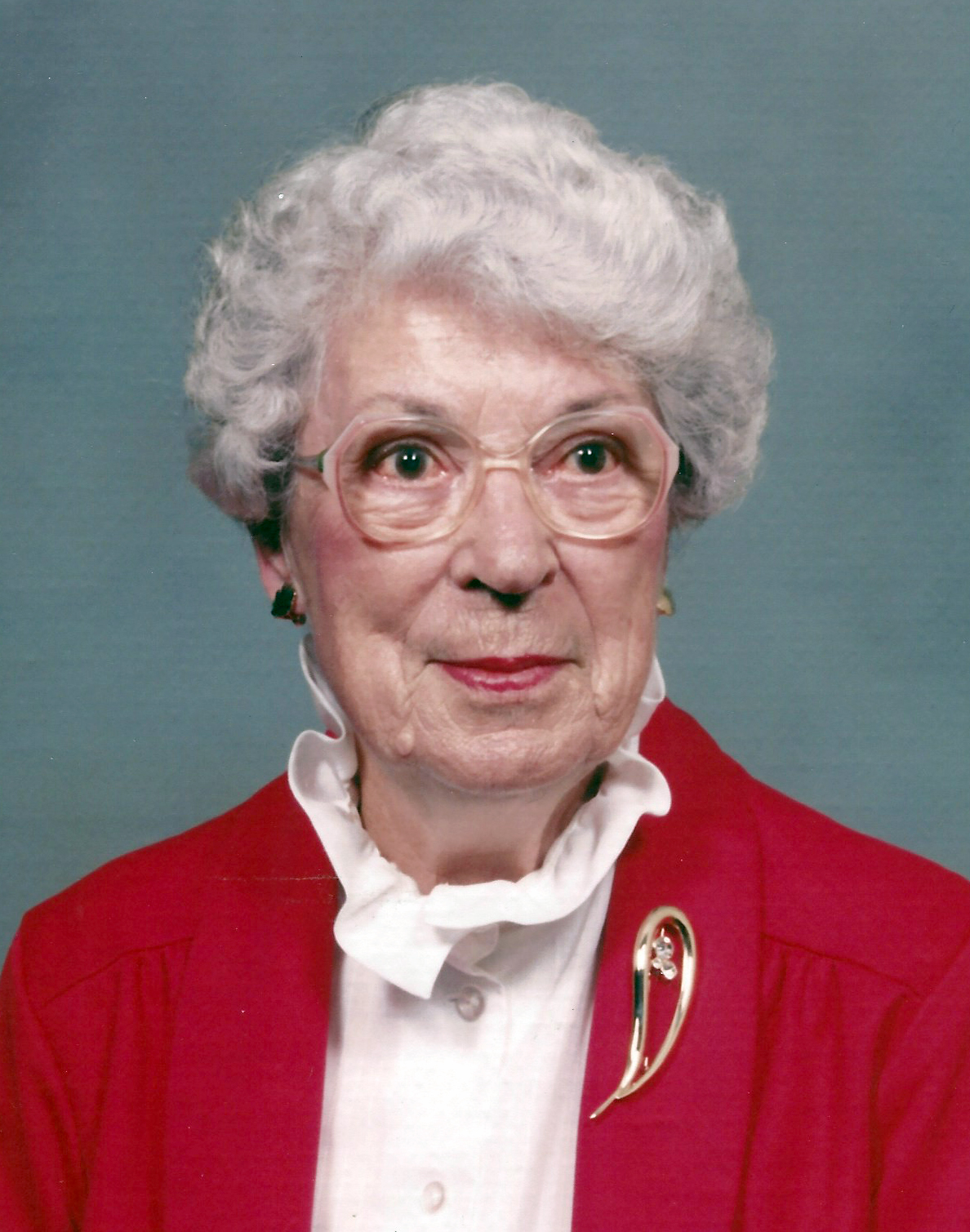 She married Raymond D. (Jerd) Burt on July 7, 1940, in Webb City, Missouri. Hazel played an active part in the Uniontown community for many years. She and Raymond owned and operated stores on the square from 1943 until 1954. She had a way with flowers both growing her own and taking care of those at the Fort Scott Greenhouse where she worked for twenty-four years. She also volunteered to deliver flowers to the greenhouse’s many customers in Uniontown.

She was one of the pillars of the Uniontown First Missionary Baptist Church, singing in the choir for many years, serving as the long time Sunday School Secretary, and holding several other offices. She believed that the love of God should be shown in how you treated others. She cared for friends and acquaintances, was generous with her time and resources, and showed concern for those less fortunate than she.

Hazel was a member of the Mary A. Hepler Chapter #434 of the Order of Eastern Star, where she had served as Worthy Matron, District Aide, and other offices. She was an avid sports fan, attending the high school football, basketball, and baseball games. She kept up with the Cardinals, and later the White Sox, Royals, and Chiefs.

She was an accomplished seamstress and quilter, loved reading, and enjoyed traveling, whether just to Fort Scott to shop or across country to visit relatives. If the sentence began with “Would you like to go…,” she had her purse and was out the door before you could finish.

Rev. Marty DeWitt will conduct funeral services at 2:00 p.m. Friday, September 15, 2017, at the Uniontown First Missionary Baptist Church under the direction of the Konantz-Cheney Funeral Home. Interment will follow in the Uniontown Cemetery. Visitation will be from 1:00 p.m. until service time on Friday. The family suggests memorial contributions be made to the Uniontown First Missionary Baptist Church and may be left in the care of the Konantz-Cheney Funeral Home, 15 W. Wall Street, PO Box 309, Fort Scott, KS 66701. Condolences may be submitted to the online guestbook at konantz-cheney.com.