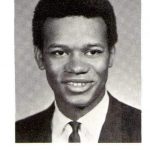 James was a graduate of Fort Scott High School with the class of 1971, in March of 1972 he enlisted in the United States Marine Corps., he served in Vietnam, later transferring to the Marine Corps Reserve as the U.S. was diminishing its presence there.  He was a skilled Machinist having been employed in the manufacturing industry.

Funeral Services for James Norman will be at 11:30 a.m., Friday, November 15, 2019, at the Konantz-Cheney Funeral Home.  Burial will follow in the Fort Scott National Cemetery with Military Honors presented by Representatives of the United States Marine Corps Funeral Detail.