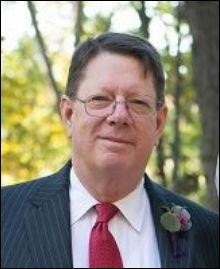 His Father John Woodward, died in Melbourne, Florida only minutes after his only son’s death. His Mother Margaret of Florida survives. Also Surviving are his daughter Amber Woodward Benzabeh and son-in-law Adam Benzabeh of Arkansas and his son Todd Woodward of Florida.  Preceding him in death was his only sibling, a sister Dana McGarity. Surviving her are John’s 2 nieces Anna McGarity and Molly McGarity  and nephew John McGarity.

“Woody” attended Tulane University in New Orleans where he met Barbara Doherty of Fort Scott, Ks. in 1975. They married in New Orleans in 1979.  Although they later divorced they remained very dear friends. John chose to receive Hospice care at her home in Ft. Scott with their children at his side.

John worked as a Marketing Director in the Natural Gas Industry for many decades in the Gulf Coast. Until Recently, he was a Partner and Director of Sales at Infinity Power Partners in Houston, Texas.

John’s children were blessed by their father’s love of nature, traveling, and all the arts but especially love of photography which he passed on to them.  Together they enjoyed many wonderful adventures and visited almost every State and National Park. He will be deeply missed and remembered for his generosity and ever-loving support for his family. He leaves us an inspirational legacy of compassion, creativity, generosity and wisdom.

There will be a dual service for “Woody” and his Father John Woodward in Melbourne, Florida at St. Paul’s Methodist Church at 11 AM on March 4th, 2017. Memorial contributions may be made to “Care to Share” or “Mercy Hospice Care” and left in the care of the Konantz-Cheney Funeral Home, 15 W. Wall Street, PO Box 309, Fort Scott, KS 66701. Condolences may be submitted to the online guestbook at konantz-cheney.com.