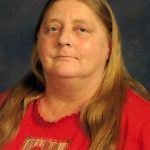 Kathleen Denise Marshall, 55, of Fort Scott, passed away Saturday morning, December 29, 2018 at the Medicalodge Nursing Home.  She was born January 13, 1963, in Fort Scott, Kansas, the daughter of Melvin Lee and Shirley Dean (McCallum) Ransier. She married James Marshall February 7, 1994, and he survives of the home.

Following cremation, memorial services will be at 2:00 p.m. Friday, January 4, 2019, at the Konantz-Cheney Funeral Home. Interment will take place at a later date at the Trading Post Cemetery. Condolences may be submitted to the online guestbook at konantz-cheney.com.