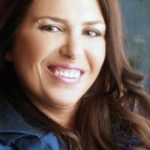 Kristyn Culp Hicks passed away at her home in Rockford, Illinois on December 30, 2017. She was only 48 years old. She was an Army veteran and served at Fort Carson in Colorado.

Kristyn was born on March 9th, 1969 in Fort Scott, Kansas. She was married to her husband Bruce Hicks in Fort Worth, Texas on July 7th, 2012.

During the summer of 2017, she began vocational training to become a licensed dog trainer with a specialization in service dogs for fellow veterans. After completing the program, she adopted three littermate White German Shepherds: Fred, Velma, and Daphne. She was excited to begin anew and felt that she had found her ideal career. In addition to helping everyday people (and their family pets), she was already volunteering her time with a veteran’s organization and she offered her help to anyone she met, free of charge.

In the middle of December, she moved into an old house in Rockford, Illinois and had just begun the process of restoring the home. She lived with her three young puppies and spent all her free time training them to work with veterans in the near future.

Her ashes will be interred at the US National Cemetery in Fort Scott, Kansas on May 29th, 2019, at 1:00 p.m. under the direction of the Konantz-Cheney Funeral Home. Military Honors at the cemetery will be conducted by Fort Riley Military Funeral Honors Detail. Even if you can’t celebrate her life with us, we would love to hear how you remember our mother, whether it was a song she liked or a silly thing she did. She loved everyone, every animal, and wanted the best for everyone. Condolences may be submitted to the online guestbook at konantz-cheney.com.