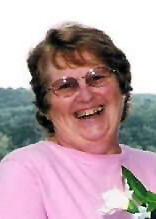 Linda Ann McBride, 64, of Fort Scott, passed away at Mercy Hospital Tuesday morning, February 16, 2016. She was born February 21, 1951 in Fort Scott, Kansas, the daughter of James Lloyd and Beulah Marie (Ballou) Large. She married Robert Dean McBride August 22, 1969 in Devon, Kansas, and he survives of the home.

Linda was a Department Manager for Walmart and worked there for over twenty-five years. She was a member of the Devon United Methodist Church, Past Worthy Matron of Devon Eastern Star, and also the Prescott Ladies Birthday and Bunco Bunch. Linda enjoyed camping, horseback riding, her dogs, birds, and gardening, and had great joy over her grandchildren.

Rev. Don Flanner will conduct funeral services at 11:00 a.m. Saturday, February 20, 2016 at the Konantz-Cheney Funeral Home. The family will receive friends Friday evening February 19, 2016 from 6:00 to 8:00 p.m. at the funeral home. A private family interment will take place at a later date in the Centerville Cemetery. Memorial contributions may be made to Care to Share and left in the care of the Konantz-Cheney Funeral Home, 15 W. Wall Street, PO Box 309, Fort Scott, KS 66701. Condolences may be submitted to the online guestbook at konantz-cheney.com.