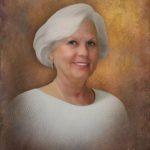 Linda Kay Jones Weiner, 78, of Raleigh, North Carolina, and formerly of Fort Scott, passed away at home on Tuesday, April 27, 2021. Linda was born on February 3, 1943, and was raised in Fort Scott by her grandmother Eunice S. Hill and step-grandfather, Carl F. Hill, a partner in Hill Lumber Company with his two brothers Grover and John. They have preceded her in death. Also preceding her in death was Wesley J. Erwin, her second husband, who helped raise her son Michael, and her brother Jimmy J. Jones.

Linda Kay was a graduate of Fort Scott High School Class of 1961. She received a BSN from Avila University in Kansas City and an MSN from the University of Illinois. In addition to teaching nursing at several nursing schools in the Kansas City and St. Louis areas, Linda was an ANA Certified Clinical Specialist in Psychiatric mental health nursing and practiced as a therapist with Provident Counseling in St. Louis, Missouri.

Following her marriage to Larry A. Weiner in 1992, the couple moved from St. Louis to Raleigh, NC. Linda was active in Assistance League of the Triangle Area and served on the Consulting Circle of “A Place for Women to Gather”, an outreach program of the Sisters of the Holy Cross. Linda loved her friends in Canasta Cuties and Tea & Tattered Pages, her book club. In addition to reading, Linda liked to knit and knitted many prayer shawls for friends over the years.

Linda Kay remained close friends with many of her high school classmates, enjoying FSHS reunions and taking numerous trips with high school friends throughout the years. While growing up in Fort Scott, she was also a member of the First Presbyterian Church and attended Miss Mary’s Kindergarten, before kindergartens became a part of the Fort Scott public school system.

Rev. Jim Logan will officiate graveside services at 11:00 a.m. June 2, 2021, at the Evergreen Cemetery in Fort Scott, Kansas, where her cremains will be buried next to her childhood friend, Kyle Sweeney Keith. Services are under the direction of the Konantz-Cheney Funeral Home, 15 W. Wall Street, Fort Scott, Kansas. Condolences may be submitted to the online guestbook at konantz-cheney.com.,