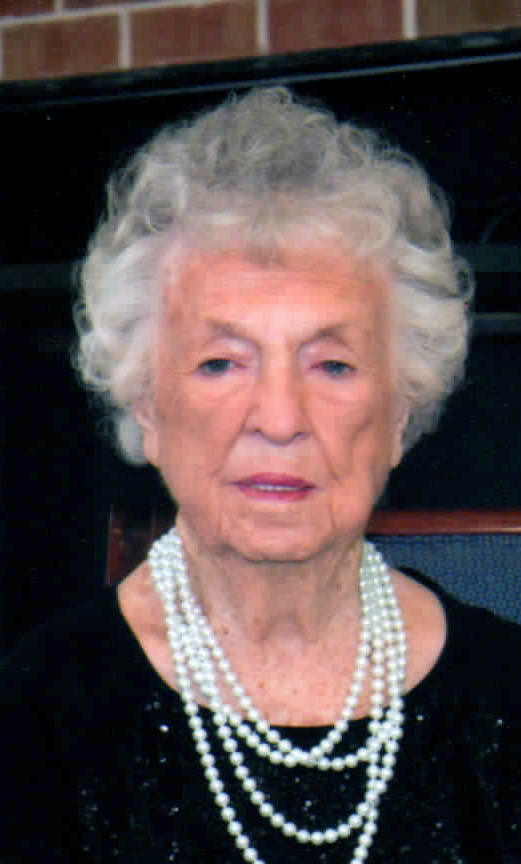 Lorene was born at her family’s home south of Mound City, Kansas, on April 14, 1924, the daughter of Clyde and Suzie (Zimmerman) Cox.  Lorene was a graduate of Mound City High School, attended Fort Scott Junior College, and received a Life Teacher’s Certificate from Pittsburg State College.  She taught in a rural school in Richland for two years after graduation; she also worked in billing at Roddis Lumber and Veneer Company, and as a bookkeeper and teller at the Farmer’s State Bank in Mound City. She married Guy Isaac Akers on December 24, 1946, in her parent’s home near Mound City, Kansas.

Lorene was a life-long member of the First United Methodist Church and of the Methodist Women’s organization and served as member of the church’s gifts and memorial committees.  She was also a 50-year member of Chapter FU P.E.O., and a member of Pierian Beta, Eastern Star, and Monday Study Club.  Lorene enjoyed golf, reading, bridge, and exercise.  She especially enjoyed time with her children and grandchildren.

In addition to her husband’s death in 2009, she was preceded in death by her parents, Clyde and Suzie Cox of Fort Scott; a daughter Suzan Rochelle in 1967; two sisters, Marian Fearing, Mildred Royer and husband Harry; a brother Lorimer Cox and wife Wanda, and Harold, an infant brother.