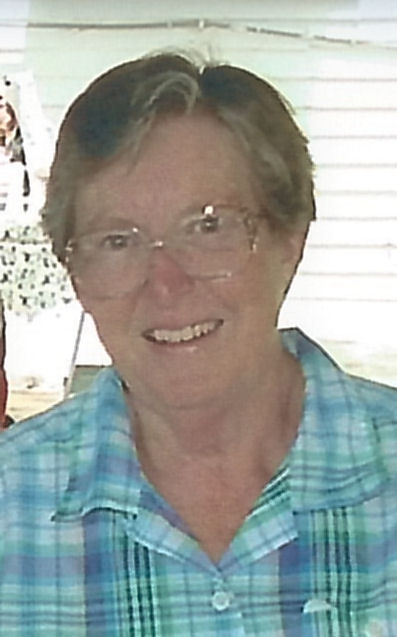 Louise M. Crandall, 82, of rural Fort Scott, died Saturday evening, March 26, 2016 at Mercy Hospital.  She was born on October 1, 1933 the daughter of Elmer and Lula (Hixon) Ellis.  She was born on the family farm in Pawnee, Kansas and lived almost her entire life within 15 miles of that family farm.  At the age of 16 she married Lee M. Gordon in Fort Scott on September 3, 1950.  They lived in Fort Scott and Pawnee until buying the small farm northeast of Fort Scott in 1968.  They divorced in 1972.  She married Harvey Crandall in 1982, and they later divorced.

She was a devoted Mother, Grandmother, and Great Grandmother.  She often spoke of her children’s and grandchildren’s 4-H projects and travels.

Louise worked at Mercy Hospital in Fort Scott.  She started as a Nurses Aid.  In the 1970s, the hospital required all the Aids to become LPNs.  In order to get her LPN, she went back to school and got her GED, and then passed the Licensed Practical Nurse exam.  Later she became a ward clerk and became one of the first people in the hospital trained on computerized medical records.  She then trained the other ward clerks and staff.  She retired from the Hospital after over 25 years of service in 1998.

After she retired Louise worked for many years with the Mercy Hospital Chaplin as a volunteer.  She also loved raising registered Corgi puppies, making hand sewn crafts, and keeping up with her grandchildren

Louise is survived by two daughters, Marcella Troth and husband, Ray of Pleasanton, Kansas and Diane Maus and husband, Darryl of Pawnee, Kansas, two sons, James Gordon and wife Debra of Westmoreland, Kansas and Paul Gordon of Fort Scott, Kansas, a sister, Margaret Anspach of Parsons, Kansas, a sister-in law, Dorothy Ellis of Overland, Park, Kansas, four grandchildren and one great grandson, and numerous nieces and nephews. Her nephew Bill Rhoades and his wife Linda were always generous with their time taking her to cancer treatments. She was preceded in death by her parents, a brother, Frank Ellis and a sister, Bernita Rhoades.

The family will receive friends on Wednesday, March 30 at 1:00 p.m. at the Konantz-Cheney Funeral Home, then proceed to the Evergreen Cemetery for a 2:00 Graveside Service.  The family suggests memorial contributions to either the “Care to Share” Ministry or to the Linn County 4H. Contributions may be sent to or left in the care of the Konantz-Cheney Funeral Home, 15 W. Wall Street, PO Box 309, Fort Scott, KS 66701. Condolences may be submitted to the online guestbook at konantz-cheney.com.