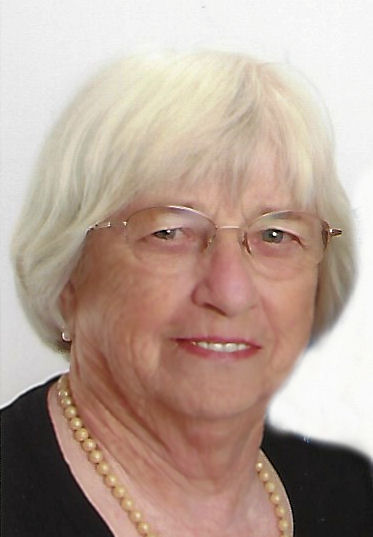 Margaret Mae Brownie Leonard Hartman, 80, of Uniontown and Rose Hill, passed away at home with her family Monday evening, April 4, 2016 in Rose Hill, Kansas. She was born February 23, 1936 in Bristol, Tennessee the daughter of Airy Newell and Burnice Blanche (Millsap) Leonard. She grew up in Hope, Indiana and McCune, Kansas.

In addition to her husband, Raymon, Margaret is also survived by her children, Stanley Hartman of Uniontown, Kansas, Leonard Hartman of Eudora, Kansas, and Audrey Hartman, also of Eudora, Kansas; brothers, David Leonard, of Oak Grove, Missouri, Amos Leonard, of Beulah, Kansas, and Rufus Leonard, of Farmington, New Mexico; sisters, Thelma Barr, of Grandview, Missouri, Lee Winburn, of Weston, Missouri, and Lucille Romig, of Lee’s Summit, Missouri; grandchildren, Kalie Hartman, Kari Hartman, and one great-grandson, Michael Olmstead; and many nieces and nephews, and great-nieces and nephews. She was preceded in death by her parents, a son, James Kevin Hartman; brother, Audery Leonard; and sister, Jane Hiller.

Rev. Connie McKee and Rev. Marty DeWitt will officiate funeral services 10:00 a.m. Tuesday, April 12, 2016 at the Uniontown United Methodist Church with burial following at the Uniontown Cemetery, under the direction of the Konantz-Cheney Funeral Home. The family will receive friends Monday, April 11, 2016 from 6:00 p.m. until 8:00 p.m. at the funeral home. Memorial contributions may be made to the Uniontown United Methodist Church and left in the care of the Konantz-Cheney Funeral Home, 15 W. Wall Street, PO Box 309, Fort Scott, KS 66701. Condolences may be submitted to the online guestbook at konantz-cheney.com.