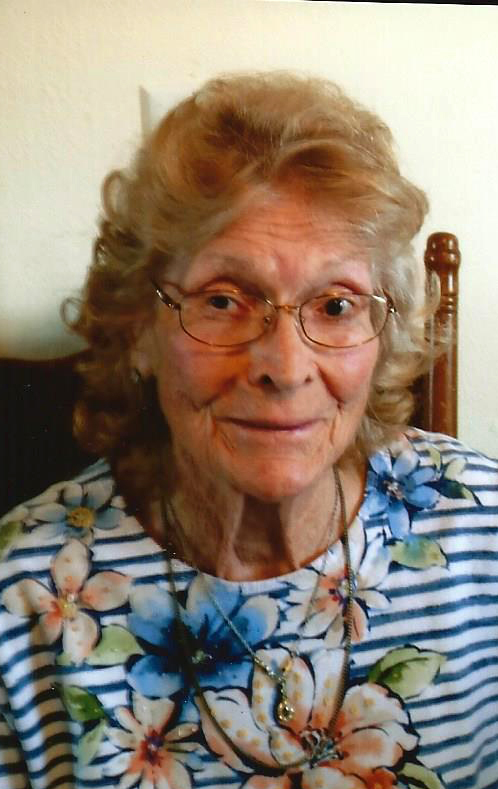 Funeral services for Martha Jane Petrie will be 1:00 p.m. Monday, December 12, 2016 at the Konantz-Cheney Funeral Home with burial following in the Evergreen Cemetery, Fort Scott, Kansas. Memorials may be made to the Alzheimer’s Association

Martha married Kenton L. Wilson. Martha and Kenton were married for 27 years, lived in Fort Scott and raised eight children.  Martha was a homemaker and cherished each moment with her children.  For many years, Martha managed Bunn’s Steakhouse in Deerfield, MO.  Kenton passed on July 24, 1991.  Martha married Don Petrie and was married for 28 years.  Don passed on July 27, 2005.  They resided in Mindenmines, MO.  Martha and Don enjoyed over the road trucking for sixteen years and they were recognized as CFI drivers of the year. Martha visited all 50 states.  Following trucking, Martha and Don owned and operated Marty’s Tavern and Lounge in Mindenmines. They cherished each moment of raising their granddaughter Sara Sue McClure. Martha and Don enjoyed traveling in their RV, visiting their children and grandchilden, camping, sitting by the camp fire, and treasured this time with her family and friends.  Martha will be remembered for her big heart and always willing to share what she had with those less fortunate.  Following Don’s passing, Martha moved to Bronson, Kansas to be close to her daughter and son.

Martha battled the past four years with vascular dementia.  She was able to remain at her home with the gracious gift of family caregivers; daughter Diana Sue Endicott, niece Crystal Feldhut, and son John Wilson.

Funeral services for Martha Jane Petrie will be 1:00 p.m. Monday, December 12, 2016 at the Konantz-Cheney Funeral Home with burial following in the Evergreen Cemetery, Fort Scott, Kansas. Prior to service Brunch will be served for Family and Friends at Community Christian Church, 1919 Horton, Fort Scott, Kansas at 11:00 a.m. to 12:00. Memorials may be made to the Alzheimer’s Association and left in care of the Konantz-Cheney Funeral Home, 15 W. Wall Street, PO Box 309, Fort Scott, KS 66701. Condolences may be submitted to the online guestbook at konantz-cheney.com.