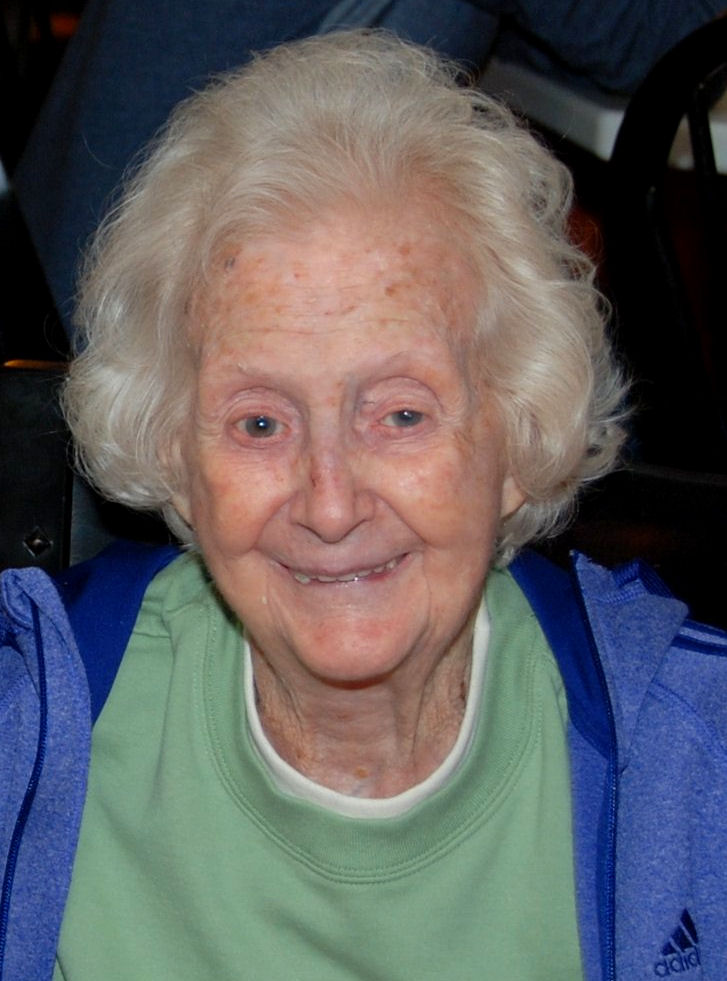 Mary was the daughter of Elmer and Wilma Victoria (Genisio) West. She graduated from Rich Hill, Missouri, high school.  In 1947, she married Daniel E. Regan in Denver, Colo. He preceded her in death Dec. 13, 1950, after a brief illness. Following his death, she moved back to Rich Hill but relocated to Fort Scott when her three children began elementary school. Mary was employed at the Newman Young Clinic as an insurance clerk. She remained there until she retired in 1986.

With her faith as a guiding force, Mary was a member of Mary Queen of Angels Catholic Church and volunteered at St. Mary’s School. She loved her children, her grandchildren, her great-grandchildren, and the St. Mary’s students. She also loved baseball, and a recent highlight of her life was to throw out the first pitch at the grand opening of the Dave Regan Baseball Stadium.

Following cremation, Father Robert Wachter will celebrate the Funeral Mass 10:00 a.m. Friday, April 22, 2016 at the Mary Queen of Angels Catholic Church under the direction of the Konantz-Cheney Funeral Home. The family will receive friends at the funeral home Thursday evening, April 21, 2016 from 5:00 p.m. until 7:00 p.m. and the Rosary beginning at 7:00 p.m. A private family interment will take place at the St. Mary’s Cemetery. Memorial contributions may be made to the St. Mary’s Catholic School and left in the care of the Konantz-Cheney Funeral Home, 15 W. Wall Street, PO Box 309, Fort Scott, KS 66701. Condolences may be submitted to the online guestbook at konantz-cheney.com.