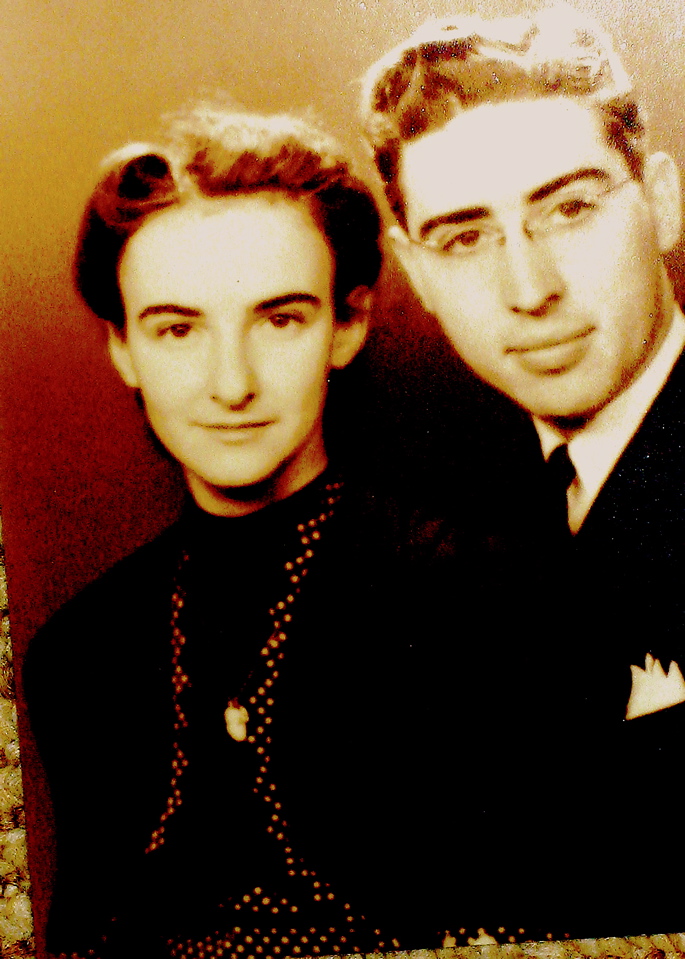 Funeral services for Mary Shepherd will be at 2:00 p.m., Wednesday, December 28, 2016 at the Konantz-Cheney Funeral Home.  The family will receive friends from 1:00 p.m. until funeral time.

Mary Elizabeth Shepherd died peacefully in her apartment at Presbyterian Village on Thursday, December 22, 2016.  She was 98.   She was preceded in death by her beloved husband and best friend, Ray Shepherd, who died on March 2, 2009.

Mary Elizabeth Hoover was born July 12, 1918, to Ira and Letta Hoover of Plattsburg, Mo.  She graduated from Plattsburg High School, McPherson College, and Emporia State Teachers College., and she taught kindergarten in Kansas City.  After her own children were born, she taught children’s Sunday School, substituted in Fort Scott’s elementary schools, served as a CASA volunteer, and was a helpful, caring friend and advocate for children of all ages.  She lived a life of faith, kindness, service and gentle laughter.

Ray and Mary together built Shepherd Motors and actively served in local organizations and First Christian Church.  Mary was active in Christian Women’s Fellowship and church groups and committees at the local and state level.  She belonged to Eastern Star, AAUW, Kansas Writers (and the Tribune’s Writers Bloc).  As a PEO member and officer, during holidays she opened her home to international students at Cottey College in Nevada, MO. when students could not travel home.  Mary loved gardening, sewing, writing children’s stories and poetry, cooking and baking, working at the dealership with Ray, and spending time with her family and friends.

Mary is survived by their two children:  David (wife Sharon) of Fort Scott, and Marylin Warner (husband Jim) of Colorado Springs, CO.; three grandchildren: Andrew Shepherd of Lawrence; Nicolas Shepherd of China; Molly Mosher (husband Trevor) of Chapman, KS.; and two great-grandchildren: Grace Mosher and Gannon Mosher of Chapman.  She is survived by one sister, Ruth LaVonne Hoover of CA, and numerous cousins, nieces, nephews, great-nieces and great-nephews.  In addition to the parents and her husband, Ray, she was preceded in death by one sister, Wanda King, and two brothers, Ira Milton Hoover and Samuel Glen Hoover, and two nephews.

Funeral services for Mary Shepherd will be at 2:00 p.m., Wednesday, December 28, 2016 at the Konantz-Cheney Funeral Home.  The family will receive friends from 1:00 p.m. until funeral time.  In lieu of flowers, contributions may be made to Bourbon County CASA to provide protection and care of children, or to the Good Samaritan Fund at Presbyterian Village and may be sent to or left in the care of the Konantz-Cheney Funeral Home, 15 W. Wall St., P.O. Box 309, Fort Scott, Kansas   66701.  Condolences may be submitted to the on-line guest book at konantz-cheney.com

“Things I Want to Tell My Mother,” a 4-year weekly blog covering life stories about Mary and Ray in Missouri and Kansas, plus struggles and lessons about Alzheimer’s and dementia,  is posted at http://warnerwriting.wordpress.com