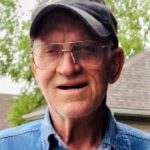 Otis Wayne Atkins of Nixa, Missouri, passed away peacefully on April 15, 2021, surrounded by his loving children and grandchildren. Wayne was born in Corpus Christi, Texas, on January 11, 1944, to Ola Wilma Owens and Otis F. Atkins.  He had one sister, Coleen Leavel. Wayne attended public schools and graduated from Appleton City High School in Appleton City Missouri in 1961.

Wayne earned a football scholarship and attended Fort Scott, Kansas Community College from 1961-1963.  From Fort Scott, Wayne attended Central Missouri State University in Warrensburg, Missouri, on a football scholarship from 1963-1965.  Wayne returned to Fort Scott in 1965 after college and went to work for Mid-Continental Restoration Company.  He had loved the time spent in Fort Scott while going to college and was happy to return.  He worked in the waterproofing industry from 1965-2018 when he retired from Atkins Weatherproofing, a family business.

In 1971, Wayne met and married Karen Mabery, a hometown Fort Scott girl.  They had two children:  Karalee Michelle Taylor and Frank Dewayne Atkins, both of Nixa, Missouri.  Wayne was a loving father to both of his children.  He never missed a school function or sporting event for his kids.  They will always remember their father as their biggest cheerleader.  He was a doting grandfather to Madison, Tru, and Kelby.  AND, an adoring great-grandfather to Sophie, Taxen, and Asher. He took pride in everything his children, grandchildren, and great-grandchildren did and accomplished.

Wayne had a special relationship with Karen’s family.  He considered Frank and Faye Mayberry as his other parents.  He loved them dearly.  He felt a special bond with the entire Duncan “clan.”  He had loving aunts in Lois and Ruth and hunting buds in uncles Hurschel and Livian.

Wayne Atkins was a hard-working man who dearly loved his family.  They WERE his life and his greatest accomplishment.  All he achieved was for his family.  Wayne was a man who didn’t ask for much and appreciated all he had.  He was a great example to the men who he worked with in his younger years and to his employees in his later years.  He worked hard and taught by example.  He was a gentle man who never raised his voice to make his point.  He will be greatly missed by all who knew him.

Graveside services for Wayne will be 3:00 p.m. Wednesday, April 21, 2021, at Memory Gardens under the direction of the Konantz-Cheney Funeral Home. Memorials may be made to St. Jude’s Children’s Research Center and left in the care of the Konantz-Cheney Funeral Home, 15 W Wall St., P.O. Box 309, Fort Scott, KS 66701. Condolences may be submitted to the online guestbook at konantz-cheney.com.