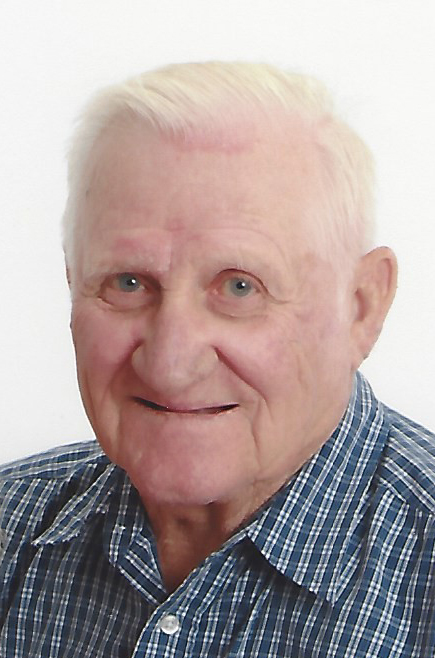 Raymon Earl Hartman, 82, of Uniontown and Rose Hill, Kansas, passed away early Tuesday, August 29, 2017, in Wichita, Kansas. He was born June 22, 1935, in Fort Scott, Kansas, the son of Earl and Rosa Hartman of Uniontown, Kansas. He grew up on the family farm, and graduated in 1953 from Uniontown High School.

After high school, Raymon held various jobs until moving to Wichita and working in the construction field. He joined the US Army in 1957, serving in the Construction Engineers from 1957 until 1960. After the military, he returned to Wichita, Kansas and continued working in the construction industry until his retirement as a Field Superintendent. Raymon was a member of the Masonic Lodge for over fifty years, and was a member of the Carpenters Union Local #201 for over fifty years also.

Raymon met the love of his life, Margaret Leonard, while on leave from the Army, and married her on October 25, 1959. The couple had four children; sons James, Stanley, and Leonard, and daughter Audrey. He is survived by his children, Stanley Hartman of Uniontown, Kansas, Leonard Hartman of St. Joseph, Missouri, and Audrey Hartman Coonrod of Bartlett, Kansas; a brother, Edwin Hartman of Uniontown, Kansas; two granddaughters, and two great-grandsons, and the numerous in-laws that he considered his family. He was preceded in death by his wife Margaret April 4, 2016, his parents, and his son James.

Rev. Connie McKee and Rev. Marty DeWitt will conduct funeral services 11:00 a.m. Friday, September 8, 2017, at the Uniontown United Methodist Church under the direction of the Konantz-Cheney Funeral Home. Burial will follow at the Uniontown Cemetery with Military Honors provided by the US Army Memorial Detail. Masonic Rites will be performed at the cemetery. The family will receive friends Thursday, September 7, 2017, from 6:00 p.m. until 8:00 p.m. at the funeral home. Memorial contributions may be made to the Uniontown United Methodist Church and may be left in the care of the Konantz-Cheney Funeral Home, 15 W. Wall Street, PO Box 309, Fort Scott, KS 66701. Condolences may be submitted to the online guestbook at konantz-cheney.com.