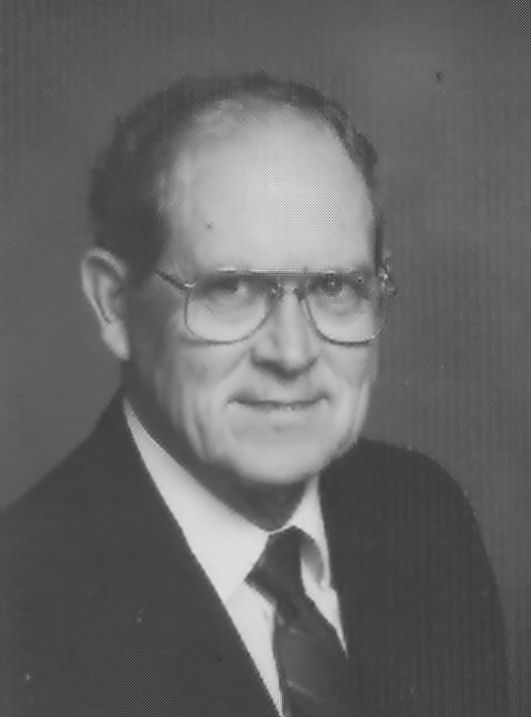 Raymond moved to Fort Scott from Fulton in August of 1937 and graduated from Fort Scott Junior College. He served as a Sergeant in the US Airforce during WWII from August 1943 until March 1946. Raymond was the Vice President of Underwriting for the Western Insurance Company and retired in 1982 after forty-five years. He was a member of the First Christian Church, the Historic Preservation Association of Bourbon County, and Kiwanis Club for many years. In his younger years, he worked with the Boy Scouts. He was a Past President of Underwriting Executive Council, and Past President of Kiwanis Club. His family and friends will always remember him for his wink, warm smile, and friendly demeanor; he was a gentleman’s gentleman. He was a man who truly loved God, family, Church, and country.

Raymond is survived by his son, Philip Roy Hinderliter of Fort Scott; a sister, Leota Bruce of East Norriton, Pennsylvania; a niece, Carol McCarthy; and three nephews, Gordon Bruce, Tom Van Sickle, and Gary Van Sickle. In addition to his wives, Raymond was also preceded in death by his parents and his sisters, Winona Hinderliter and Welcome Van Sickle.

Rev. Reed Hartford and Rev. Don Flanner will conduct funeral services at 2:00 p.m. Thursday, February 25, 2016 at the Konantz-Cheney Funeral Home with burial following at the Evergreen Cemetery. The family will receive friends prior to the services beginning at 1:00 p.m. until service time. Memorial contributions may be made to the FSCC Endowed Scholarship Fund or the Medicalodge Activity Fund and left in the care of the Konantz-Cheney Funeral Home, 15 W. Wall Street, PO Box 309, Fort Scott, KS 66701. Condolences may be submitted to the online guestbook at konantz-cheney.com.