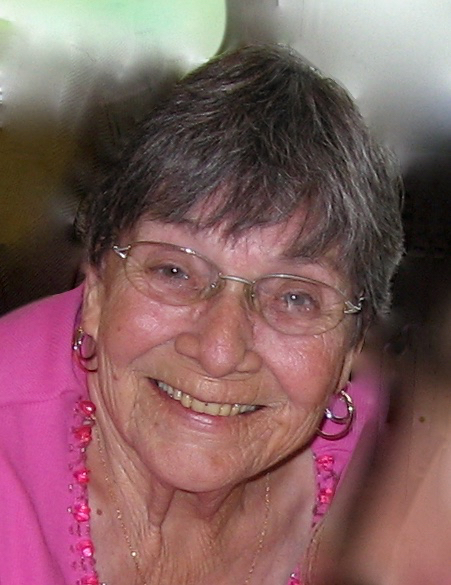 Sue DeMent, 81, of Fort Scott passed peacefully into the arms of Jesus, surrounded by family on October 31st, 2017 at Via Christi Hospital in Pittsburg, KS.

Many may remember Sue from her days teaching at Eugene Ware and as the librarian at Winfield Scott in the 1960’s.  Prior to that she even taught at a one room schoolhouse in Pawnee!  Or they may remember her from the Fort Scott Public Library.

Born Thelma Sue Belknap October 13, 1936, Sue grew up in Chetopa, KS with her mother Thelma Francine (Warwick) Belknap (1915 – 2011) after her father James Hargraves Belknap (1914 – 1943) died suddenly.  Her Grandfather Madison “Matt” Warwick owned the local grocery store in Chetopa where Sue was a regular sight as she helped her beloved “Papa”. As a young woman, she played the clarinet in the marching band and even played basketball in high school where they wore ankle length skirts and long sleeve wool sweaters.  Modesty was still in fashion back then.

Sue graduated with a Bachelor’s from Pittsburg State University majoring in Education.  While in college she met her former husband, Hill DeMent.  Sue and Hill lived in many towns throughout Kansas during their careers but Sue always called Fort Scott home.  Always placing a high value on learning and education, Sue obtained her Master’s in Library Science from Emporia State University in the 80’s.  She retired to Ft. Scott to live with and take care of her mother.

Sue was one of the kindest, most selfless people you could hope to meet.  Her greatest joy was assisting others.  When she wasn’t busy educating the future generation, raising her three beautiful daughters, helping with grandkids or taking care of her mother; she was active in many civic organizations, including Order of the Eastern Star, Social Order of the Beauceant, United Methodist Women, Martha Circle, and the Civic Symphony.

She is survived by her three daughters, DeAnna McColm and husband Darren of Fort Scott. Laura Cooper of Pittsburg, Brenda Lander and husband Chad of Leawood, and her brothers James Belknap and Robert Belknap and wife Pam, all of Fort Scott.  Six Grandchildren – Madyson McColm of Springfield,  Megan Grant and husband Josh of Girard, Garrett Anglin of Quincy, IL.,  Grant, Caroline, and Victoria Lander of Leawood.   And two great grandchildren – Mason and Allison Grant of Girard.

There will be a graveside service at the Oswego City Cemetery in Oswego, KS, Saturday, November 11, 2017, at 2 p.m. followed by a dinner at the home of Laura Cooper in Pittsburg. As testament to Sue’s joy and love of life (and all things with sequins!) it would be a nice uplifting gesture if you wore something adorned with sequins (whether it be one or many!).  Even as she contemplated her own reuniting with the Lord, Sue was thinking of the happiness of others.  Or maybe she thought it would just be a beautiful sight as she looked on from Heaven.

Memorials may be made to the Cavalry Crossing Apartments Activity Fund 201 W 23rd St, Fort Scott, KS 66701 where Sue spent many years with her dear friends. Memorial contributions may be left in the care of the Konantz-Cheney Funeral Home, 15 W. Wall Street, PO Box 309, Fort Scott, KS 66701. Condolences may be submitted to the online guestbook at konantz-cheney.com.