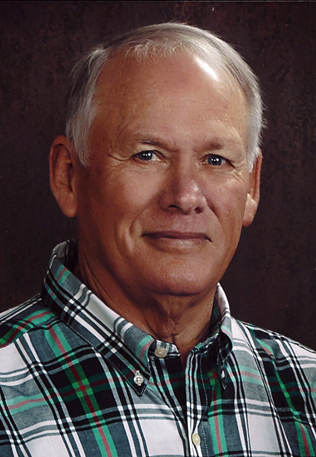 Tom graduated from Fort Scott High School in 1964 and went on to play football at Pittsburg State University. After his graduation from college in 1968, Tom served his country as a Captain in the U.S. Army. Tom and his brother, David, owned and operated Fort Scott Truck & Tractor Company until his retirement in 2013. He was a faithful member of Mary Queen of Angels Catholic Church. Tom loved spending time with his family and working on his cattle farm. He instilled in his children and grandchildren the importance of working hard and being faithful to God.

In addition to his wife Jill, Tom is survived by his children: Kristin Gorman of Hollywood, Florida; Tom M. and wife Jill, Jason and wife Krista, and Allison Gorman, all of Fort Scott; a sister, Lois Sherman of Davis, California; five brothers, Kenny Gorman of Topeka, Kansas, David, Kevin, Philip, and Mark Gorman, all of Fort Scott; and nine grandchildren, Clare, Alex, Connor, Annabelle, Gianna, Katie, Tyler, A.J., and Abbie Gorman. Tom was preceded in death by his parents and a brother, Paul Gorman.

Father Brian Bebak will celebrate the Mass of Christian Burial at 11:00 a.m. Tuesday, April 18, 2017, at Mary Queen of Angels Catholic Church under the direction of the Konantz-Cheney Funeral Home. Burial will follow at St. Mary’s Catholic Cemetery. Visitation will begin at 6:00 p.m. Monday, April 17, 2017, with the Rosary following at 7:00 p.m. at the funeral home. Memorials are suggested to St. Mary’s Catholic School and may be left in care of the Konantz-Cheney Funeral Home, 15 W. Wall Street, Fort Scott, KS 66701. Condolences may be submitted to the online guestbook at konantz-cheney.com.