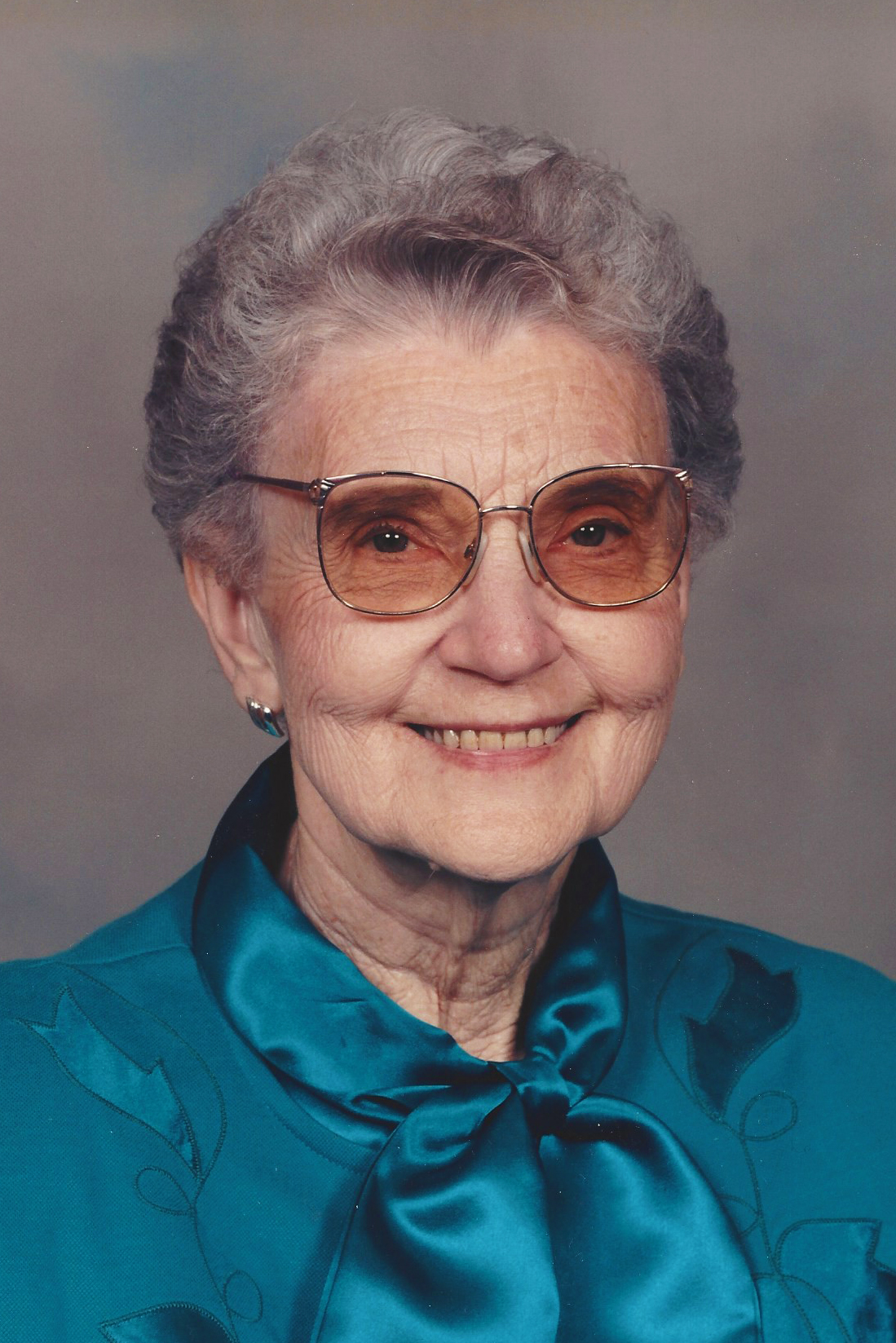 Virginia Stevens, 91, of Fort Scott, died Monday evening, April 3, 2017 at the Presbyterian Village in Fort Scott.  She was born May 1, 1925 near Hiattville, Kansas, the daughter of Clyde and Vera (Hunziker) Neil.   She was the granddaughter of Claud & Mary Allie Baker Neil and Fred & Minnie Tullis Hunziker.   She attended Bourbon county schools at Mount Hope, Hiattville, Goff, and Uniontown High School.

Virginia attended First United Methodist Church at Fort Scott.  She had been a member and officer of TOPS in Fort Scott.  She had attended Buck Run exercise class and had “walked” across Kansas many times in exercise.  She had travelled to all 50 states and Canada and Mexico.   Virginia had at one time been a foster parent and a Republican Committeewoman for Marion Township, near Uniontown.

Survivors include two sons: Neil Stevens of Overland Park and Dean (Karla) Stevens of Nixa, Missouri; two grandsons:  Brett Stevens of Kansas City and Patrick (Kitty) Stevens of Louisville, Kentucky; daughter-in-law Marian Stevens of Leawood, Kansas; one niece, Joyce Zimmerman of Hoisington, Kansas; nephews, Robert (Peggy) Clark of Fort Collins, Colorado; Larry Stevens of Ohio; Rodney Stevens of New Mexico; her cousin Curt Shankel of Fort Scott, and her best friend, Edith Collins. She was preceded in death by her husband Earl Stevens in 1987, their first baby, Leslie Earl in 1942, her parents, her sister Velma Clark in 1972, and by her cousin, Irene Boyd in 2016.

Rev. Steve Cole will conduct graveside services at 2:00 p.m. Friday, April 7, 2017 at the Memory Gardens of Bourbon County Cemetery under the direction of the Konantz-Cheney Funeral Home. Family and friends will meet at the funeral home at 1:00 p.m. and leave for the cemetery at 1:45. Memorial contributions may be made to the First United Methodist Church or the Good Samaritan Fund at Presbyterian Village, Fort Scott, and left in the care of the Konantz-Cheney Funeral Home, 15 W. Wall Street, PO Box 309, Fort Scott, KS 66701. Condolences may be submitted to the online guestbook at konantz-cheney.com.