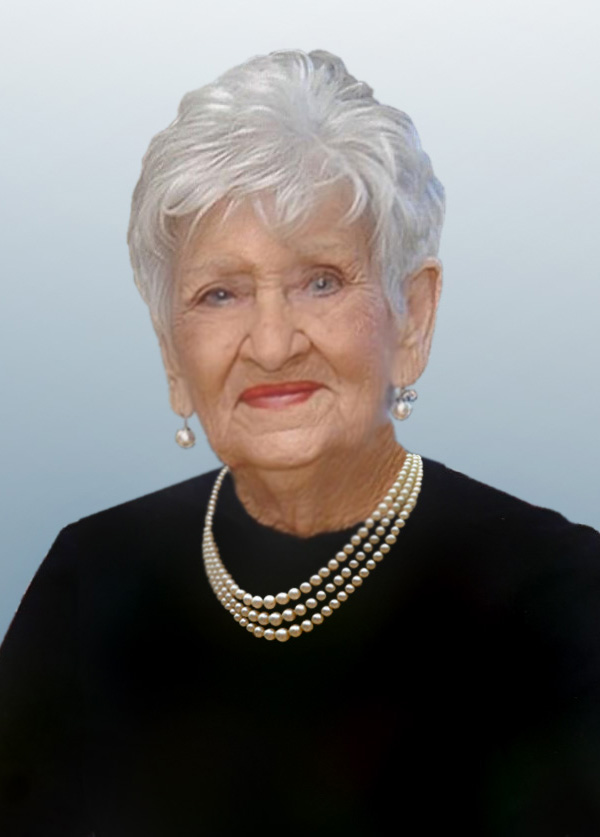 Betty Louise Hixon, 87, of Fort Scott, Kansas, passed away on the evening of Tuesday, July 28, 2015, at Benton House of Shoal Creek in Kansas City, Missouri, after a lengthy battle with cancer. Betty was surrounded by family and friends at the time of her death.

Visitation will be held at the Konantz-Cheney Funeral Home in Fort Scott, Kansas, on Monday, August 10, 2015, from 6:00 p.m. until 8:00 p.m. A celebration of life will be held on Tuesday, August 11, 2015, at 11:00 a.m. at the First Christian Church, 101 S. Judson, Fort Scott, Kansas, with the Reverends Reed Hartford and Joan Koller officiating. Burial will be in the Fort Scott National Cemetery immediately following the service.

Betty was born on August 17, 1927, to Ora E. “Hi” and Myrtle Belle Findley McGowan in the home of her grandparents near Berlin, Kansas. Betty grew up on the family farm in Irish Valley and attended area schools until she entered high school in Fort Scott. She married Richard D. Hixon, a returning WW II Marine, on March 3, 1945, in Girard, Kansas. They lived briefly in Iola, Kansas, and then made their home in Fort Scott where they raised three daughters and were active in the business community.

Betty had a passion for sales and began her insurance career with Mutual of Omaha Insurance Company in March of 1969 where she quickly became a top 20 saleswoman by August of that year. In 1974, Betty began selling real estate, and together with Richard purchased H & H Agency of Bourbon and Linn Counties, Inc. in 1980. As owner-broker she mentored aspiring sales agents and expanded the agency’s insurance offerings to include AllState Insurance Company and others. Betty tirelessly worked her business and always enjoyed the people she served. She took great pride in helping others obtain the home of their dreams, consistently living up to her motto, “Hard at Work for You.”

Betty enjoyed giving back to the Fort Scott community. She was a longtime member of the Bourbon County Board of Realtors and the Fort Scott Area Chamber of Commerce who honored her in 2012 with the Chamber’s prestigious Keystone Award.

As part of the greatest generation, Betty was a patriot, with an unwavering love for her country. She lived her patriotism through being active in the political arena. She was very involved in the Bourbon County Republican party serving as Republican Central Committee Chairwoman from 1962-1966. At the time she was one of only 13 women in the State of Kansas to hold that role. She also served as Bourbon County Campaign Chairman for Kansas Senator Bob Talkington and for former Kansas Governor Robert Bennett. The highlight of her political involvement came when she was selected to be an alternate delegate to the 1980 Republican National Convention in Detroit, Michigan.

Betty enjoyed many other activities, most of which included spending time with others. She enjoyed playing golf, cards and games with her friends. Betty was an avid sports enthusiast and fan sponsoring local youth teams, middle school intramurals, FSHS Tiger sports, attending grandchildren’s sporting events, and cheering for the Chanute Blue Comet Wrestlers. She further enjoyed watching the Kansas City Chiefs, Kansas Jayhawks and Kansas City Royals. When her beloved Jayhawks coach returned to his alma mater in North Carolina, Betty then became a Tar Heel fan.

Betty had a strong faith in God and love for Jesus Christ, her Savior. She was a member of the First Christian Church where she and Richard were Chi Rho leaders, and later she attended the Diamond Community Church. After relocating to Kansas City for medical treatment, she attended The Vineyard Church of Kansas City.

Of all her accomplishments, Betty’s greatest achievements have been in the lives of her family, friends and customers. She had a unique gift to recognize and appreciate the talents and good in others and to make them feel loved and lifted by her presence. Her giving heart, kind and brilliant smile, allowed her to make everything from a story to her grandkids to a real estate sale exciting. Her generous heart filled her home with love, fun, family and friends. Betty leaves her children and grandchildren with the knowledge that they were truly loved, should never give up, and always strive to be the best they can be.

Memorials may be made to the Diamond Community Church or Fort Scott Area Community Foundation and left in care of the Konantz-Cheney Funeral Home, 15 W. Wall Street, P.O. Box 309, Fort Scott, Kansas 66701.