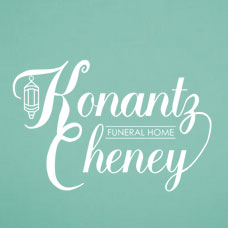 Donald Lee Fink, 91 of Rural Fort Scott, died at his home Wednesday evening, May 20, 2015. He was born July 16, 1923 in Redfield, Kansas the son of Gottlob Julius and Laura Frances (Ruthrauff) Fink. He married Alice Jean Endicott Dare September 7, 1957 in Redfield, Kansas, and she survives of the home.

Donald graduated from Uniontown High School with the class of 1942. He was a farmer and cattleman, owning registered Angus cattle as well as registered Duroc Hogs.

In addition to his wife Alice Jean, Donald is survived by his sons, Mark Fink of Wellston, Oklahoma, and Earl Fink and wife Lori of Ennis, Montana; He was preceded in death by his parents; three brothers, Fred Fink, Adolph Fink, and Delbert Fink; and two sisters, Pearl Fink Stevens, and Mary Fink Comstoc, and a grandson, Trevor Fink.

Rev. Chub Bolling will conduct funeral services 10:00 a.m. Tuesday, May 26, 2015 at the Konantz-Cheney Funeral Home with burial following at the Clarksburg Cemetery. The family will receive friends beginning at 9:00 a.m. prior to services. Memorial contributions may be made to the Paint Creek Church of the Brethren, Redfield, Kansas and left in the care of the Konantz-Cheney Funeral Home, 15 W. Wall Street, PO Box 309, Fort Scott, KS, 66701. Condolences may be emailed to [email protected]