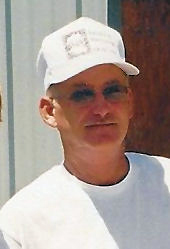 Graveside services will be 10:00 a.m. Monday, August 15, 2016 at the Fort Scott National Cemetery under the direction of the Konantz-Cheney Funeral Home.

Gary grew up in the Hiattville area and attended Hiattville Elementary and Uniontown High School. He enlisted in the US Air Force in 1969 and received his Honorable Discharge in May of 1971. He was an Airman Basic and worked in Security Police while in the Air Force. After his discharge, Gary apprenticed and worked as a Bricklayer, Tuck-Pointer and Caulker in Kansas City and was a member of the Kansas City Bricklayer Union. He worked in Kansas City until 1988 when he relocated to Fort Scott to start his own business.  He was the owner and operator of R & W Restoration and Water Proofing from 1988 until the present.

Gary was a member of the American Angus Association and raised Registered Angus cattle. He was an avid gardener and fisherman and he loved to farm. He also loved to collect antique farm equipment.

Gary is survived by his loving companion of thirty-five years, Barbara Sanders, of the home, and a sister, Janice Martin of Uniontown, Kansas. He was preceded in death by both of his parents, Clifford Skinner and Violet Banks.

Graveside services will be 10:00 a.m. Monday, August 15, 2016 at the Fort Scott National Cemetery under the direction of the Konantz-Cheney Funeral Home. Military Honors at the cemetery will be conducted by the Olson-Frary-Burkhart Post 1165 Veterans of Foreign Wars Memorial Detail and the US Air Force Honor Guard Detail. The family will receive friends Sunday evening August 14, 2016, from 5:00 p.m. until 6:00 p.m. at the funeral home. Condolences may be submitted to the online guestbook at konantz-cheney.com.