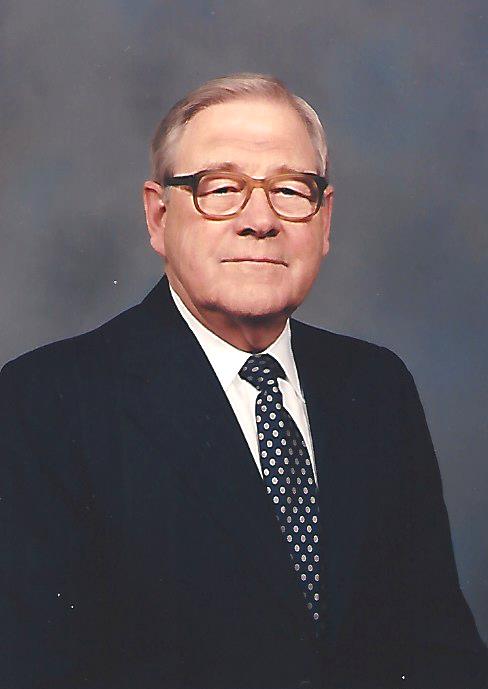 George Marvin Cheatham, Sr., 96, formerly of Fort Scott, passed away in Tulsa, Oklahoma Monday, July 20, 2015. George was born on December 11, 1918 in Lupus, Missouri to George Marvin Cheatham and Eula Edwards Cheatham. The family moved to Valley Falls Kansas where George graduated from high school. He put himself through college with money he made selling “good broke horses” to the cattle herders at Kansas City Stockyards. Majoring in Business Administration and managing the Phi Delta Theta house at Kansas University did not keep him too busy to fall in Love with Edna Givens, “the best looking woman he ever saw” and ask her to marry him so many times she “finally said yes”! They married on June 14, 1942 in Fort Scott, KS.

George was drafted into the US Army as a private in June of 1941 and received an honorable discharge in December, 1946 as a Captain. He worked for Maloney-Crawford Oil Field Supply Co. and in 1949 moved his family to Edmonton Alberta, Canada and later Calgary, Alberta where he opened their Canadian branch and served as president until 1963. While in Alberta, he founded the Canadian Quarter Horse Assoc. and served as its first President.

In 1963, he moved to Tulsa, OK where he served as President of Maloney-Crawford International. He then joined Struthers Wells and later served as President/owner of Allied Steel Products. While In Tulsa, George served as President of Tulsa Knife and Fork, Tulsa Farm Club, Oklahoma Quarter Horse Assoc., Oral Roberts University Titan Club and the ORU Golden Eagles Fan Club. George also served as Chairman of the Board of Tulsa Rotary. George was a cowboy at heart and owned a quarter horse ranch in Broken Arrow, OK at the time of his death.

Graveside services will be at 11:00 Monday, July 27 at the Fort Scott National Cemetery pavilion under the direction of the Konantz-Cheney Funeral Home in Fort Scott.