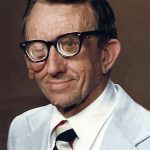 James William Newberry, 83, of Fort Scott, went to his eternal home to be with his wife Roseanna Wednesday afternoon, October 24, 2018 at the Medicalodge in Frontenac, Kansas. He was born April 22, 1935, in Neodesha, Kansas, the son of Regan McGregor and Audra Anita (Newmaster) Newberry.

At various times he lived in Neodesha, Independence, Fort Scott, and Kansas City, Kansas.   He married Roseanna Lea Tweedy January 27, 1965, in Fort Scott, Kansas, and she preceded him in death November 4, 2014.

He was active in his church, First Christian Church Disciples of Christ.  He worked as a lab assistant at the University of Kansas Medical Center.

James is survived by his daughter, Rosalea Anne Maslen and husband Robert of Pittsburg, Kansas; a brother, Conrad Floyd Newberry of Pacific Grove, California; and three grandchildren, Caitlin, Hunter, and Haleigh. In addition to his wife Roseanna, he was also preceded in death by his parents.

Following cremation, Rev. Reed Hartford will conduct a Memorial service 2:00 p.m. Thursday, November 1, 2018, at the Konantz-Cheney Funeral Home. Burial will be at a later date at the Evergreen Cemetery. Condolences may be submitted to the online guestbook at konantz-cheney.com.