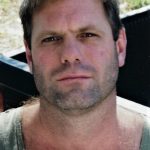 Jim served in the US Army and was a Respiratory Therapist. He loved spending time with his kids, grandkids, and friends. He also loved riding his Victory motorcycle.

Over the years he had special ladies in his life. One of them was Connie Simons. They were married in 1977 and later divorced in 2002. Then he married Jennifer Durbin in May of 2008 and later separated. And finally, there is Kim Shember, who has been with him for the last four years.

Graveside services will be held at 1:30 p.m. on Tuesday, September 28, 2021, at the Fort Scott National Cemetery under the direction of the Konantz-Cheney Funeral Home. The family will receive friends Monday evening, September 27, 2021, 6:00-7:00 p.m. at the funeral home. Military Honors will be presented by the Kansas National Guard Military Honors Funeral Detail. Condolences may be submitted to the online guestbook at konantz-cheney.com.