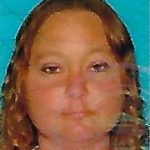 She was born June 17, 1982, in Kansas City, Kansas the daughter of Wesley Allan and Colene Janette (Summers) Gress.

Renea is Survived by her Father, Wes Gress, two sisters, Andrea Weak of Pocahontas, Illinois and Stephanie King of Pittsburg, Kansas, two nephews, Levi and Kyran Weak, and her boyfriend Neal Fishback. She was preceded in death by her Mother, Colene Janette Gress who passed away on January 15, 2020.

The family suggests memorials to the Diabetes Foundation, contributions may be sent to, or left in the care of the Konantz-Cheney Funeral Home, 15 W. Wall St., P.O. Box 309, Fort Scott, Kansas   66701. Condolences may be submitted to the online guestbook at konantz-cheney.com

Funeral arrangements for Renea Gress are incomplete and will be announced later by the Konantz-Cheney Funeral Home.