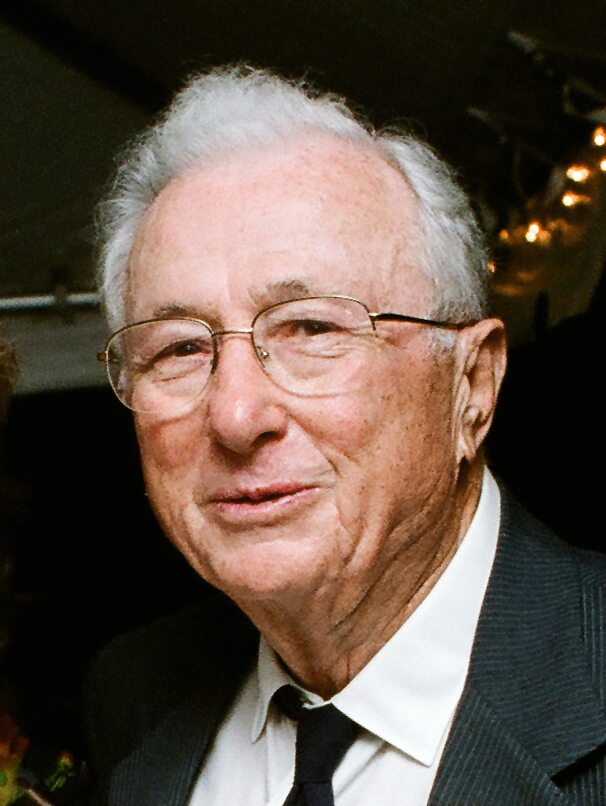 12:30 p.m., Friday, March 10, 2017, at the Konantz-Cheney Funeral Home with burial following at the US National Cemetery in Fort Scott, Kansas.

Sibio (Nac) Naccarato died peacefully on Feb 17, 2017 at age 96. Nac was born Dec 28, 1920 in Corona, Kansas. He served in the Army Air Corps during WWII in the 15th Air Force based in Italy with the 456th and 301st bombardment groups as a lead navigator for both B-24 and B-17 heavy bombers. He flew 51 missions. After the war he returned to the University of Kansas and graduated in 1948 with a degree in Civil Engineering. He worked for the Kansas Highway Department from 1948-1952, with Commercial Union Insurance Company as Contract Surety Manager from 1952-1978, and for Frank B. Hall Company as Surety Bond Manager from 1978-1987 in Kansas City and St. Louis. He continued to serve in the Air Force Reserves, retiring in 1971 with the rank of Lt. Colonel.

Nac was an avid and accomplished golfer, proudly able to “shoot his age” up to age 90. He was devoted to all of his family, a great father, and a loving Papa. He was intelligent, and those who knew him well recognized that he was seldom wrong in his analysis of any situation. Other talents included being a great dancing partner, gardener, and loyal friend. His wink, his smile, and his legacy of hard work, integrity, and love will be greatly missed by those who knew and loved him.

His funeral service will be held at 12:30 pm, Friday, March 10th at Konantz-Cheney Funeral Home in Fort Scott, Kansas, followed by interment with Full Military Honors at 1:30 pm at Fort Scott National Cemetery.

Memorial donations may be made in his name to the St. Louis Honor Flight, 36 Four Seasons Shopping Center, Box 272, Chesterfield, MO 63017 or in support of the University of Kansas Department of Engineering (fund #00782) at KU Endowment, P.O. Box 928, Lawrence, KS 66044 or online at www.kuendowment.org/givenow.

Condolences may be submitted to the online guestbook at konantz-cheney.com.