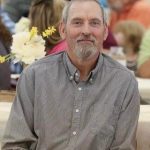 Terry Lee Culp, 70, of Eureka, Kansas, passed away Friday, February 4, 2022, after battling liver disease. He was born in Fort Scott, Kansas, on November 27, 1951.  He married Diane Culp on January 12, 1974, in Hooper, Nebraska, they later divorced. They have a son, Billie Culp (Carrmann), of Ackworth, Iowa, and grandchildren Blake Culp of Claremore, Oklahoma and Kristin Culp of Newton, Iowa; a daughter, Buffy Weber (Ryan) of Eureka, Kansas, and grandchildren Kaitlynn Smith (Jeff) of Madison, Kansas, and Trenton Kuhn of Eureka; a daughter, Terri Spigarelli (Jeff) of Frontenac, Kansas, and grandchildren Jay Karleskint, Becca Karleskint, and Gianna Spigarelli of Frontenac, and great-grandchildren Bowen & Lylah Smith. He later married Andrea Carr, on June 28, 2002.

Terry served thirty years in the U.S. Army/Army Reserves as a mechanic, including a station in Germany from 1975-1977 with his wife and children. He enjoyed repairing vehicles as well as helping friends and family with various projects. He was always a jokester and loved telling jokes and playing tricks on everyone he met. Who all fell for his “dog jaw” prank?!

Services will be held at 12:30 p.m. Friday, February 11, 2022, at the Konantz-Cheney Funeral Home, Fort Scott, Kansas, with burial following at the Fort Scott National Cemetery. Military Honors will be presented by the US Army Funeral Honors Detail, Fort Riley, Kansas, at the Cemetery. Condolences may be submitted to the online guestbook at konantz-cheney.com.